'No chance' of finding 159 landslide victims 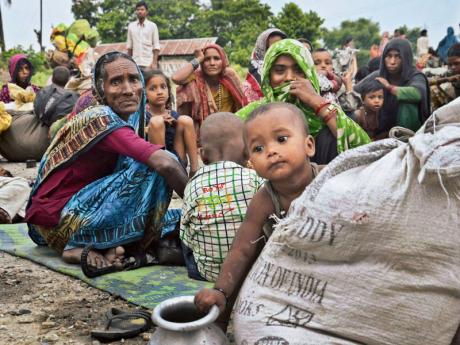 Indian villagers, who left their homes along the Kosi River looking for safer places, rest at a wayside relief camp at Birpur in Supaul disrict of Bihar state, India, yesterday. 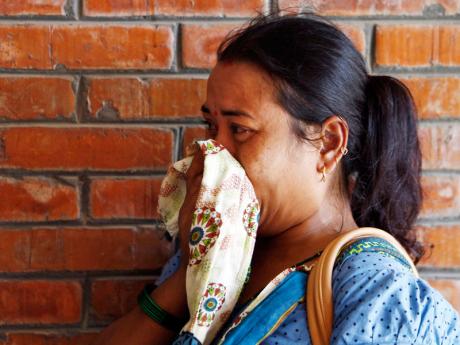 A Nepalese woman cries as a relative injured in a landslide is treated at a hospital in Katmandu, Nepal.
1
2

There is no chance of finding any of the more than 150 people who are believed to have been buried by a massive landslide in northern Nepal, an official said yesterday, as rescuers struggled to dig through piles of rock, mud and trees.

Rescuers have so far recovered only eight bodies since the landslide early Saturday blocked a mountain river, causing the water to form a lake that was threatening to burst and sweep several villages. Fresh rainfall yesterday hampered search attempts.

"We have no chance of finding any of the missing people alive under this pile of debris," said Yadav Prasad Koirala, who heads the government's Department of Natural Disaster Management. "We have names of 159 people who are believed to be missing and buried, but there could be even more people."

Koirala said it was even difficult for bulldozers and heavy equipment to move the debris that crushed dozens of houses in the village of Mankha, about 120 kilometres (75 miles) east of Katmandu, Nepal's capital.

Gopal Parajuli, the chief government administrator in the area, said the water level and mud were making the rescue work very difficult, and that army troops used explosives to try to alleviate a dangerous build-up of water.

The controlled explosions managed to knock down part of an earth wall that had blocked a river and created a temporary dam, allowing some water to flow out, but much of it still remained trapped, posing an immediate threat to downstream villages as far away as India, Parajuli said.

He said the amount of water flowing out of the dam and pouring in was almost the same yesterday morning as the previous day, keeping the water level stable.

A Mankha resident who was among the dozens of people injured by the landslide said he feared his entire village had been wiped out.

"There are nearly 100 people in the 60 houses in my village and 20 more people in the neighbouring village who were buried by the landslide. All of them are likely dead," Durga Lal Shrestha said on Saturday from his hospital bed in Katmandu, where he was flown by helicopter.

Shrestha, who suffered bruises on his face and arms, said he and his family heard a rumbling sound and the ground shook like an earthquake.

"The walls in my house caved in, but the roof was fine and that is how we were able to survive," he said. "When we came out, it was dark and muddy. Everyone was screaming and it was a chaotic situation."