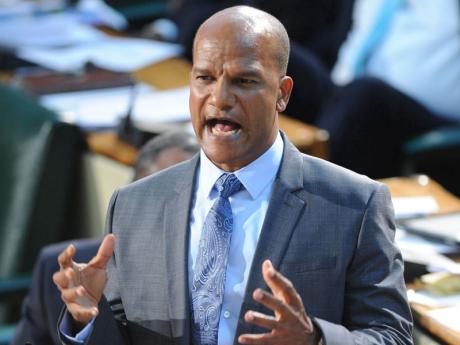 THE JAMAICAN Government is set to announce today a seismic shakeup of the country's law-enforcement landscape with the creation of what insiders have described as an FBI-styled national crime-fighting agency.

National Security Minister Peter Bunting, who is expected to make the announcement at a press conference at the Police Officers' Club, was tight-lipped about how the new anti-crime apparatus would look. He, however, told The Gleaner that the "announcement will contain bad news for those criminals and their facilitators who believe they can operate with impunity".

Along with its mandate to tackle political corruption, top government insiders say a critical function of the proposed super-agency will be to pull together all the intelligence gathered by other law-enforcement agencies - including the super-secretive Military Intelligence Unit - to complement the country's crime-fighting efforts.

According to one insider, the overarching agency will pull operatives from Customs, the Passport, Immigration and Citizenship Agency, the Financial Investigations Division, the police and the military. The Gleaner also understands that there is to be a merging of the Major Organised Crime and Anti-Corruption Task Force (MOCA) and the Anti-Corruption Branch of the Jamaica Constabulary Force (JCF).

"This is the embryonic start of a national crime agency or an FBI-type organisation in Jamaica," the insider said, in reference to the Federal Bureau of Investigations in the United States.

"We are going nowhere as a country until we tackle political corruption, and they will be going after the facilitators, particularly political and government corruption," added the insider, who revealed that a former senior government minister could be the first major target to land on the new agency's radar.

The FBI was established in 1908 as an intelligence-driven and a threat-focused national security organisation mandated to defend the US as well as to enforce the criminal laws of federal, state and local authorities across the American political directorate.

Senior law enforcement insiders revealed that Jamaica's version of the FBI will be staffed by carefully selected personnel from the JCF, all of whom will be vetted and subjected to polygraph tests, among other things.

A director general who will not be required to report to the commissioner of police will lead the agency, one insider told The Gleaner.

"It will be a clean agency with no political interference, and if you fail those tests, you won't be a part of this agency," the source revealed.

Peter John Thwaites, a former chairman of the national security committee of the Private Sector Organisation of Jamaica, immediately embraced the proposed agency.

"Anything that will make the solving of crime simpler would be good for the country," he insisted.

Bunting has been adamant that the key to achieving a sustained reduction in crime lies in taking the profit of such venture. Two years ago when he launched MOCA, Bunting said it would go after crime kingpins and their facilitators, including lawyers, bankers and other public officials.