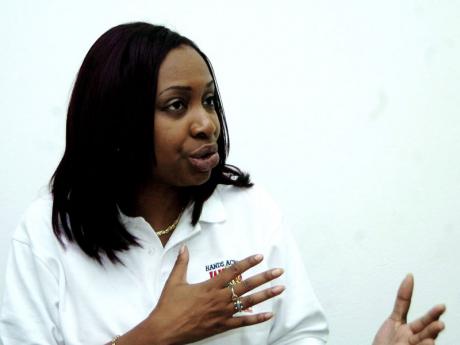 Jamaican-American Congresswoman Yvette D. Clarke has urged colleagues in the US House of Representatives not to eliminate basic legal protection for children in attempting to resolve the humanitarian crisis in which more than 50,000 children are currently detained.

"I believe we have a responsibility to demonstrate compassion toward these children, who are entitled to due process of law in their immigration hearings," said Clarke, the daughter of Jamaican immigrants, who represents the 9th Congressional District in Brooklyn, New York.

"Many of these young women and young men might be eligible for asylum, available to anyone who has suffered persecution or has a legitimate fear of persecution," added Clarke.

"These children should have access to legal advice and an opportunity to present their claims for asylum," she continued.

"I am prepared to support President Obama's plan to improve security at the border and to expedite the processing of the unaccompanied children before immigration judges, with the protections that our Constitution requires."

Clarke said most of the children are from Guatemala, Honduras and El Salvador, where hundreds of children have died as a result of gang violence in recent years.

Under a law intended to prevent human trafficking, children who arrive at the border of the United States, from nations other than Canada or Mexico, are allowed to have a hearing with immigration enforcement authorities to apply for asylum.