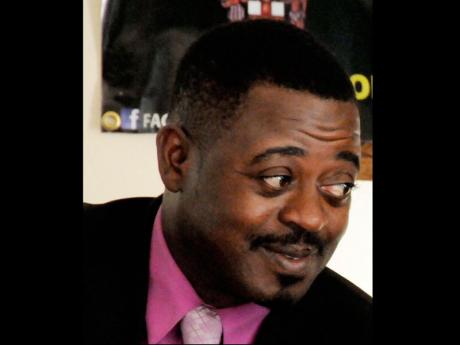 Carl Berry, deputy superintendent of police and head of the Organised Crime Investigation Division, said the police are examining whether missing persons are being trafficked.

Speaking with The Gleaner in an interview last week, Berry said: "We are now comparing notes to see whether or not the persons who are still outstanding are actually outstanding or if there is a link somewhere else."

Data provided by the Corporate Communications Unit indicated that 85 per cent of the persons reported missing from January 2010 to June 30 of this year have returned home. Berry said the police believe that more missing persons have returned home but this may not have been reported.

With 12,869 persons reported missing from January 2010 to June 30, many family members are yet to see their loved ones, as there are still 1,600 persons outstanding, 870 of them females.

"We don't have the strong data except anecdotal data to suggest that those persons who remain outstanding are involved in human trafficking or otherwise. We have heard the anecdotal information out there, but having done some work, we are about to publish a typology report on missing persons," Berry told The Gleaner.

He added: "We are trying to find the evidence and we have been around, but what we know is that obvious reasons have caused people to remain outstanding and I am awaiting the publication of the typology report."

Typology refers to classification according to general type, especially in archaeology, psychology, or the social sciences. In criminology, it refers to the classification of offenders or offences to ascertain possible correlation.

"We have done some work in it because we wanted to find out if there was truth to what we were hearing: that a large percentage of persons who have gone missing would have ended up in the trade," Berry said.

Myrtle Williams told The Gleaner that her 13-year-old daughter, Alexia Campbell, has been missing since June 5. William said her daughter went to school and never returned home. She said her daughter called to tell her to pick her up at a Spanish Town plaza, and then never showed up.

"I am a bit worried because she calls her little sister and talks to her, but I can see that someone in the background is telling her that she must not go home, and I am not sure who that person is," Williams told The Gleaner.

"I have told the police the information, but I can't understand why they haven't found her as yet," she added.

Josephine Facey of Riversdale, St Catherine, said her 25-year-old son has been missing since June 24. She said her son went in search of a job with his friend and never returned home.

"Mi hear dem sey dem dead, but me won't believe it. I heard that a black car picked them up to go look the work, and that was it," she expressed.

"Di police dem no really a do nothing bout it and me feel a way to know they are not even communicating with us about him, and me worried," she added.

But Berry insists the police have been working to find persons who have been reported missing. "There is a lot being done and our strategies are very effective, and as you can see, the majority of those persons missing have returned home. We have been doing some work and will be able to publish some of our findings soon," Berry said.