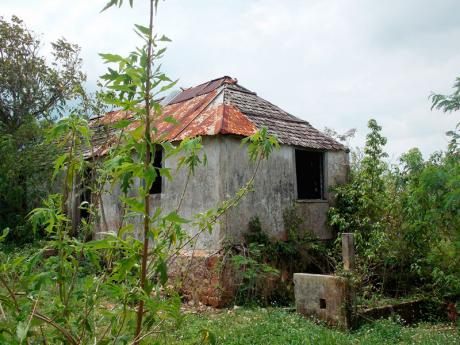 This building housed the slave hospital in Maidstone. 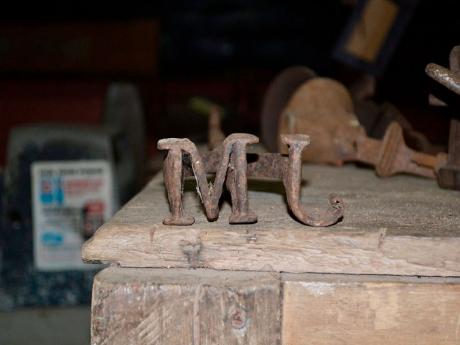 This branding iron was heated and then pressed into the flesh of slaves to imprint letters showing which estate they belonged to. - Photo by Errol Crosby 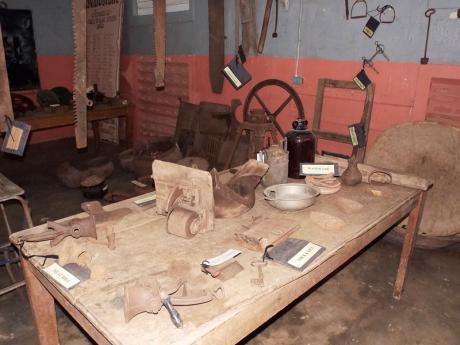 The artefacts in Nazareth All-Age's museum give valuable insight into the history of the area. - Photos by Andewale McLaughlin
1
2
3

Located high up in the Don Figueroa Mountains in Manchester is the Maidstone free village, established by the Moravians in 1840 on more than 340 acres of a former coffee estate.

The Nazareth All-Age School in the community boasts a small museum with several items from the pre-Emancipation era. Among them are branding irons, corn mills, coffee pumpers, pots, and several other items.

Erstwhile principal Garth Smith told The Gleaner that some of the artefacts were excavated from former slave sites, while others were donated by residents. He lamented, however, that one of the prized pieces in the collection - shackles - went missing after the old slave hospital in which they were previously housed was damaged by Hurricane Ivan in 2004.

Another community stalwart, Enue Davey, admitted there is one major challenge in preserving Maidstone's heritage.

"We have to contend with the scrap metal trade," he told The Gleaner. "When the scrap metal people came here, several pieces of artefacts were sold to them by people who were either looking for a quick dollar or not appreciating the historic value of what they had. If that hadn't happened, we would have had a much richer collection here."

Throughout the years, in addition to establishing the primary school, the Nazareth Moravian Church played a key role in shaping the community.

"The Moravian Church took on the role to teach people how to govern, how to be leaders in their own homes, how to conduct community meetings, how to be in charge," Smith told The Gleaner.

Today, employment opportunities in the village are very limited, with the primary school being the largest employer. A cheese factory which was opened in 1990 as the only cheddar cheese-manufacturing business in the island under the Three-M project, saw production declining within a few years and in 1998, Alcan reached out to help rescue the factory.

Since the passage of Hurricane Ivan in 2004, the factory, located on lands owned by the Moravian Church, has remained closed. However, Davy said the plant and equipment are still in good condition "and could be opened tomorrow". He believes the reopening of the factory, a cultural tourism project and a training centre are at the top of Maidstone's wish list to breathe new life into the village.

"We have a gold mine here but we have not been capitalising on it," Davey said of the village's history.