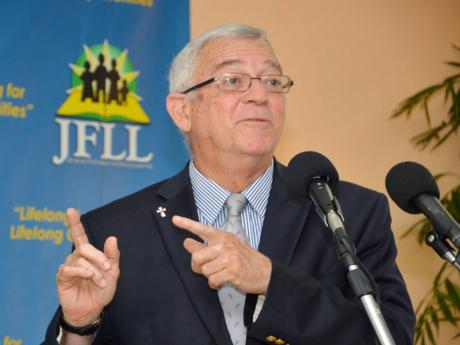 Minister of Education Ronald Thwaites is adamant that book lists must comply with the guidelines dictated by his ministry and has renewed his call for heads of school boards and principals to ensure that this happens. In cases where it doesn't, he wants parents to report the offending schools to the ministry.

Thwaites' call is in response to recent reports that a number of schools distributed book lists valuing significantly more than approximately $5,000 at grades one to six and $12,000 for grades seven to nine, as suggested by the Ministry of Education.

In addition to texts provided by the Government, the education ministry stipulates two supplementary books for grades one to three, four for grades four to six, three for grades seven to eight, and five for grade nine. Thwaites points out that students enrolling in grade one and grade seven will be required to buy one-off additional items including dictionary, atlas, Bible, hymnal and geometry set.

Thwaites commends school administrators and book sellers who have been cooperating with the ministry's textbook guidelines.