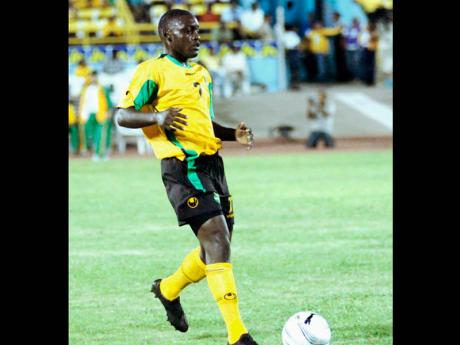 "I'm pretty fit and working very hard in training since joining Waterhouse last month. My aim is to return to the national set-up, as well as to gain an overseas contract," Taylor told The Gleaner yesterday.

Taylor shone at the youth level for Godfrey Stewart and the national age group teams, was called up by former Reggae Boyz coach René Simoes as a teenager.

"I want to stay injury-free, so I'm working very hard to impress the national coach," the 25-year-old said.

Taylor attended and represented Godfrey Stewart High, where he led the team to the daCosta Cup title in 2004. He started his club career at Reno FC in the Premier League, where under the guidance of coach Wendell Downswell, he played for the national Under-20 team.

He was given his senior team national team debut by Brazilian Simoes in the 2008 World Cup qualifiers.

Taylor moved to Harbour View FC in 2012 on loan. He quit the Stars of the East and went overseas, before returning home last season and joining up with Montego Bay United and they won the 2013-14 RSPL.

Now, he is at Waterhouse FC and was named in a 20-man squad for a CONCACAF Champions League game against Tauro of Panama, away on Thursday,

"I decided on going to Waterhouse to help my friends like Nicholy Finlayson, Damarley Samuels and Gary McIntosh to lift a national title. They went close last season, so the aim is to go one better this season," Taylor said.

"My aim is also to win everything in the coming season with Waterhouse," he concluded.