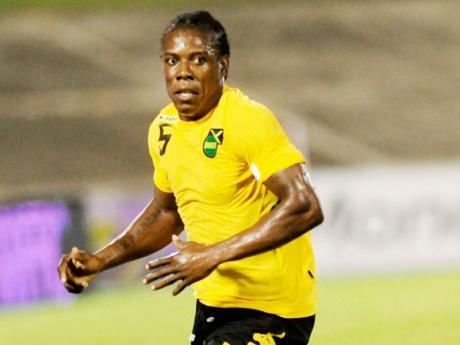 Waterhouse FC is set to depart the island today for a Group Four clash against Tauro FC of Panama in the Confederation of North, Central America and Caribbean Association Football (CONCACAF) Champions League 2014-15 edition.

The teams will meet on Thursday at the Estadio Rommel Fernando in Panama, starting at 8 p.m. (local time). Waterhouse is scheduled to return on Friday.

Waterhouse topped their Caribbean Football Union group stage last March in Haiti and progressed to this stage. They are drawn in Group Four alongside Tauro and United States Major League Soccer club, DC United and will play a home-and-away series. Twenty-four teams are scheduled to contest this stage of the CONCACAF Champions League.

The Waterhouse team has been bolstered by the inclusion of former national senior players Jermaine 'Tuffy' Anderson and Evan Taylor, as well as Upston Edwards.

Anderson is back at the Drewsland-based club following a season at CD Aguila in El Salvador. He was cut from the club and returned home in May.

Taylor transferred to Waterhouse after a season at Red Stripe Premier League (RSPL) champions Montego Bay United and Edwards moved to Waterhouse from Portmore United, following the Portmore club's demotion from the RSPL.

Coach of Waterhouse FC, Anthony Patrick, said the inclusion of the three players is a plus.

"It will be a big morale boost with players such as Anderson, Taylor and Edwards in the squad. Taylor has international experience after playing for the senior team as an 18-year-old. Anderson is also very experienced," Patrick told The Gleaner.

"The preparation has been going well and I'm pleased with the squad selected for this important game in the Champions League. We will go there for a positive result and a win would be great," he stated.

Patrick added that his checks on the opponent revealed that they have drafted in nine players and are a defensive unit.