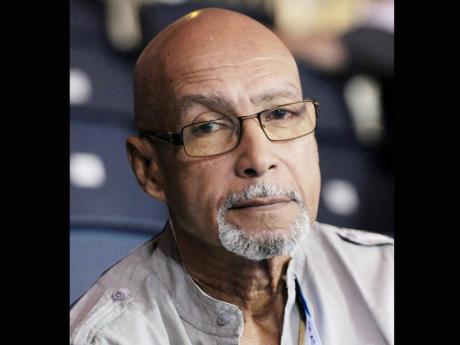 GLASGOW, Scotland:There was a time when table tennis was one of Jamaica's most popular sports, with the likes of Orville Haslam - regarded back in the day as one of the best in the world, carrying the flag at the very highest level.

Known for his fierce offence, Haslam, who left Jamaica as a youngster and later became an 11-time England champion, dominated in the late 60s into the 70s and at one time was ranked number seven on the planet.

He was also president of the Jamaica Table Tennis Association.

Now charged with improving table tennis in St Vincent and the Grenadines, where he now resides, Haslam remains connected with the sport in Jamaica and was a regular in the stands during Jamaica's participation at the Commonwealth Games at the Scotstoun Sports Campus.

While he believes there are some positives, Haslam is also convinced that the island's top players will have to look beyond Jamaican shores if they are to improve and lift the standard.

"I believe that table tennis in Jamaica is not too bad. It could be a lot better, but there is a certain amount of frustration because it's one thing being a big frog in a small pond, but to be a big frog in a big pond is another thing all together," said Haslam.

"The players are not bad, but when they get close, they feel they need to do something spectacular. The better players play their same game from the first point as simple as possible," Haslam further assessed.

"It's hard to make comparisons and criticisms, it's easy to do so from afar, but I think the players, to get better, will have to be prepared at a very young age and get away to training camps overseas or whatever. It's hard to prepare and get better in the same environment and against the same people, you lack motivation and complacency sets in," he reasoned.

"Jamaica is a small country and everyone plays everyone. You play the same people all the time. When I was in England, they had 275,000 players playing the game and I was fortunate enough to get to make a mark there. But the association has to be more progressive in the way of thinking," Haslam added.

The Jamaican great also spoke of his work with the programme in St Vincent and the Grenadines.

"My role entails finance planning and development. We have a young team here to observe and try to learn. I have developed a plan for the association in St Vincent for 2013-2016 from seven-year-olds to 25-year-olds.

"We have started sending some young players away; they were in Santo Domingo for three months, we have a national squad of youngsters who are from eight years-old to 24 and our intentions are to send them to training camps and find avenues where they can continue to improve. I believe we haven't started thinking beyond the Caribbean and we need to if we are to compete," said Haslam.