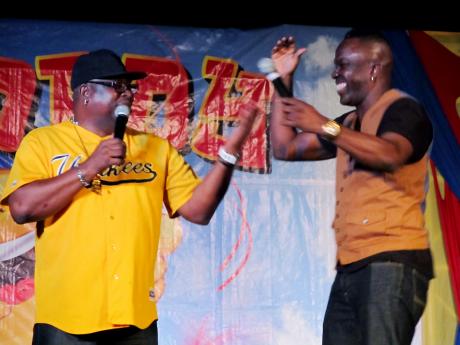 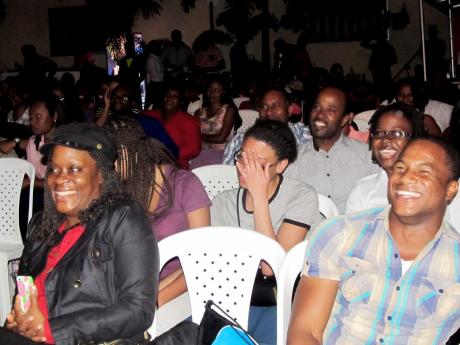 "I am jealous of Jamaicans." This is what Trinidad and Tobago-born comedian Marc Trinidad, who is now based in Canada, told patrons at the first in the 2015 season of the Lime Comedy Café, organised by Ellis International.

The wily comedian continued, feeding off the audience's patriotism, "Of all the people around the world, none are more proud of where they are from; more proud of who they are, than Jamaicans. I have travelled the world and there is nobody, (he said emphatically) like a Jamaican. You are such a proud people that you have taught kids in Canada and the USA that they are Jamaicans although they have never been on a plane in their life." And the response was an outburst of laughter.

With his audience fully engaged, he unleashed joke after joke. At times risquÈ, the sources of his puns covered a wide range: his physical appearance, his family, track and field, his Canadian experience, and the 'Jamaican language'.

"I have studied the Jamaican language and realise that you have rules in your language. Rule number one: if a word starts with the letter 'h' and the 'h' is followed by a vowel the 'h' is no longer required." In rule number two, if a word starts with a vowel that is where the 'h', is placed. He noted that, sometimes, too much of the 'h' is taken off and with nowhere to put it. The 'h' is placed at the end of a sentence. Thus the 'eh' that comes at the end of a sentence.

Trinidad was the international and closing act in the newly crowned Lime Comedy Café held recently at the South Beach Café in Kingston. He was supported by local comedians, including Jamaica's comic duo, Ity and Fancy Cat.

Boasting a higher stage placed at the eastern end of the venue, the show, in its third season, started promptly at its scheduled time. And MCs Ity and Fancy Cat got the audience warmed up with giveaways and wittiness. Gully Bop and the Kaci Fennell saga were the main course.

Satisfied that the audience's 'laugh-bone' was sufficiently warmed, they invited up-and-coming stand-up comedian Kenisha 'Facial' Bowen to the stage. Her task was to keep the laughter going. And she did.

Her stint was short, fresh and entertaining. Her jokes embraced "the three faces of Eve". She named them Kia, Kenisaha and Facial. Bowen was followed by Noel 'Rozza Rozza' Ellis. He, too, kept the momentum going with his trademark nonsensical and cleverly written lyrics. He sang about fruits, infidelity, credit and deception, and kept patrons laughing. But just before he took his act over the edge, the two MCs pulled him back.

That was not the case for Dufton Shepherd who performed after Rozza Rozza, whose act could be divided into two parts. His first set of jokes had some fantastic comedic lines on the Miss Universe Competition, Prime Minister Portia Simpson Miller's hair, Gully Bop, and incarcerated musicians. But the longer he stayed onstage, the more tasteless were his jokes, which resulted in him receiving less and less applause. Then he allowed a member of the audience to ruffle his feathers. Compounding the comedian's dilemma, he asked the audience if he should leave the stage, to which they replied with a resounding "yes!" For their honesty they were rewarded a five-minute break, thus ending part one of the programme.

Over all, Lime Comedy CafÈ 2015 opened on a high and is best summed up by first-time patron to the event, Danae Reid. "I thought the show was really good. I especially loved the last act. That guy was amazing. He was really good. There were some parts that went down when (one particular comedian) performed. He went on and on. He really started good, but he dragged it out a little bit."