‘They Call Me Barrington’ premier gets positive response 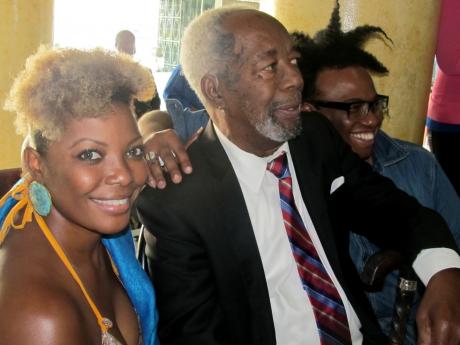 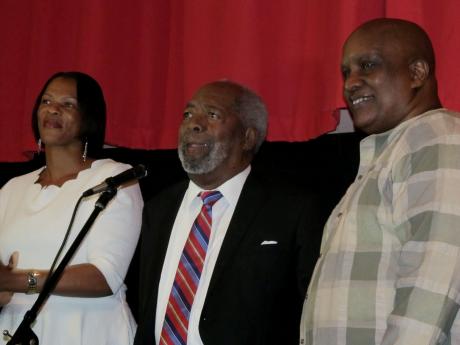 They Call Me Barrington is the second of Lennie Little-White's trilogy on Jamaican icons in the arts. The documentary film, which premiered on Sunday at the Carib Cinema in Kingston, is based on the life and works of Jamaica's master painter Barrington Watson. Creatively presented, the film is colourful in content, informative, insightful, and risquÈ; but more important, it features Watson, with some help from two brothers, telling his own story.

Before the family, friends, art collectors, and lovers of the art traversed the rolling hills of Yallahs and entered into the sanctuary of Watson's creative cradle, Little-White welcomed all and provided an overview of the process and the film.

"Two years ago, I came up with the idea of something called The Pillars of the Arts - those Jamaicans who have made a significant impact on the arts in Jamaica. Last year, we did Professor Nettleford, and this year is Professor Barry Watson, and next year we are going to do Louis Bennett," he said.

According to Little-White, the film should have premiered on January 9, 2015, Watson's 83rd birthday, as "I figure we should celebrate our people while they are still alive. Unfortunately, we missed the deadline, so we thought that February 1, as the opening of Black History Month, would be an appropriate time to launch this film." He also expressed hope that by producing the trilogy, a legacy will be passed on to a younger generation.

The film shows that the legacy of Barrington Watson that would be passed on and shown to the Jamaican diaspora via YouTube is an enriching one.

They will learn from the master painter that he is one of five boys. His father wanted him to study law, but he loved drawing. It was a passion that began while he was at Kingston College. He spent 10 years in Europe, where he had formal training at the Royal School of the Arts. There were two reasons for his return to Jamaica: to change art in Jamaica and to prove to his father that art was a good profession. But in both cases, it was an uphill battle.

It took his painting of a portrait of Norman Manley, who was a layer, to change his father's perception. While it was only after his curriculum for the then Jamaica School of Art was accepted by Mr Edward Seaga that the change he wanted to see in Jamaican art took form. Ironically, Edna Manley was one of the persons on the school board who rejected the curriculum he had designed for the institution.

The father of three said his style is influenced by Africa and Europe and describes his works as decorative, functional, and historical. According to Little-White, all Watson's major art pieces are shown in the film. A number of them depict the female form. He explained that his fascination with the female body is due to their complex nature. Likewise, he dispels the rumour that he paints only beautiful women and that he often ends up in a relationship with them.

Upon the completion of the film, now ailing from a stroke, Barrington Watson made his way to the front of the stage and thanked all for attending. He said he was overwhelmed. "I am alive and see this all - this compliment paid to me that is overwhelming. He made one on Rex and Rex was not alive." he clarified later for The Gleaner.

They Call Me Barry can be described as a two-act documentary. It is 50 minutes in length, but the first 15 minutes feature a younger Watson, and in the second act, Watson is seen several years later, looking like an elderly statesman, along with third wife, Dianne and two brothers, Melville and Leighton. Most of the scenes are shot at Watson's 300-year-old well-kept residence and a few at his Gallery Barrington, located in Kingston.

Among those who attended the viewing was Lance Bailey, who is a friend of the Watsons and owns four of Barry's works, including the famous The Bather. He thought the film was great and praised Little-White for doing a fantastic job. He also said Barrington Watson was deserving of the honour paid to him.

In the third and final trilogy on Louis Bennett, Little-White said the film would include a look at how Miss Lou started - her struggles and "show that these people were 'ordinary people who came from the cane fields' as Mr Nettleford said".