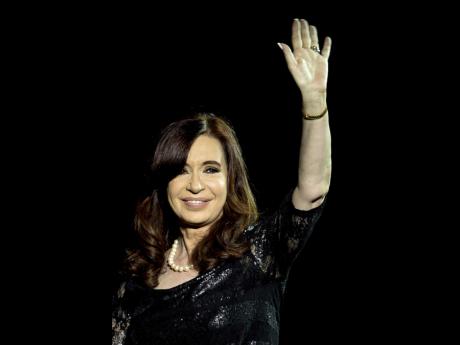 ARGENTINA HAS been the black sheep of the emerging world for more than a decade.

A messy default, a misunderstood restructuring, the nationalisation of several large companies, as well as the government's hostility towards free-market policies, shaped the general pessimism towards the country. It's been a long time since anyone had anything positive to say.

However, the situation changed radically during the fourth quarter of last year, when investors began preparing for an eventual change of administration. It suddenly became the best-performing asset of the marketplace, even though some of its sovereign bonds were in default.

Analysts, who hated Argentine bonds when they were priced at 50, now love them at par.

The financial media began putting a positive spin on the news feed. The glass that had been half-empty for so long was now half-full. With Brazil slipping into oblivion, Wall Street needs a new icon, and Argentina is about to become the next pop star of Latin America.

In the 20-plus years of this asset class, Brazil and Argentina have rarely been in sync. For most of the 1990s, Argentina was the darling of the markets. A phalanx of well-trained economists mesmerised the market with the intricacies of the Convertibility Plan. They regaled investors with impenetrable discussions about monetary bases and multipliers.

Meanwhile, fund managers were fÍted regularly at the St Regis, as an endless parade of roadshows marched through New York. At the same time, Brazil was a veritable no-man's-land. The country struggled to stabilise the economy and finalise its Brady bond programme. In 1998, the Real Plan broke down and the currency went into free fall.

However, the two countries reversed paths in 2002, when Argentina defaulted on its foreign debt. That same year, the bÍte noire of the Brazilian political world, Luiz Inacio 'Lula' da Silva, swept into office.

Instead of implementing many of his earlier campaign promises, such as nationalising Petrobras and CVRD, defaulting on the foreign debt and breaking off from the IMF, Lula named Henrique Meirelles, a well-known banker, to head up the central bank. He also continued with most of the neoliberal policies of his predecessor.

A few months earlier, Wall Street had launched its BRIC campaign, with Brazil at the forefront of the marketing hype. The rest is history. Hundreds of billions of dollars poured into the country, and Brazil led Latin America into a decade of unprecedented growth.

Unfortunately, the story has run its course. Last year's so-called 'car-wash' scandal and huge problems at Petrobras brought an end to the Brazilian miracle. Now, the Street needs a new story to hype, and Argentina will fill the void.

The Argentine public sector has a clean balance sheet. The Argentine corporate and consumer sectors are underleveraged, and the country's infrastructure needs to be overhauled.

But, what is the Argentine outlook? Investors and analysts are thrilled at the thought that Mauricio Macri, mayor of Buenos Aires, may be the next president of Argentina. He has done a very good job managing the city. His pro-market policies would do wonders for the country. However, he is not a Peronist.

Argentina has a wide array of political parties, but the Peronist Party has dominated the country's political landscape for more than eight decades. The Radicals, its historical rival, have had five candidates don the presidential sash, but only the first one finished his term in office. That is a very unpleasant precedent.

A Macri victory would also create a power vacuum in the Peronist movement, since the president usually leads the party. This space could be filled by outgoing president Cristina Fern·ndez de Kirchner. With her agitating in the Congress, Macri would have a hard time pushing through crucial legislation, such as the laws that need to be repealed to negotiate with the holdouts.

To make matters worse, Sergio Massa's campaign is running out of money and momentum. The mayor of Tigre is probably the best candidate. Not only is he friendly to market-based policies, he would most likely purge the Kirchners from the Peronist Party.

This leaves Daniel Scioli in second place. He has done a good job in managing the Province of Buenos Aires, but he is the incumbent's official choice. Should he win in October, he would probably be forced to allow President Fern·ndez de Kirchner to play an important political role.

Many people understand this political dynamic, but they are afraid of abandoning the rally.

Given the market momentum, and Wall Street's need to fill the trading and issuance vacuum that was formed by the implosion of Brazil, it needs to rev up its marketing machine to get investors pumped up on Argentina.

n Dr Walter T. Molano is a managing partner and the head of research at BCP Securities LLC.