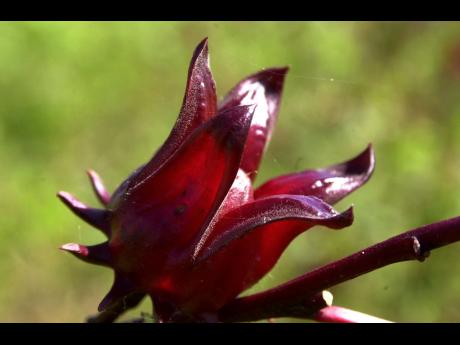 Carlington Wilmot
A bud of sorrel. 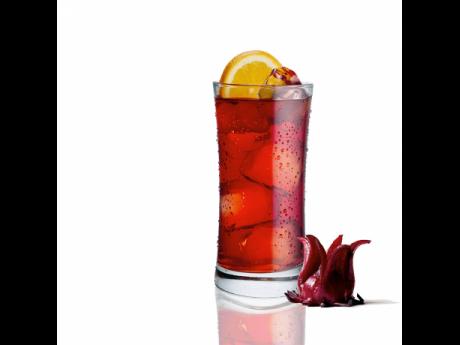 Despite an increase in sorrel production locally, processors are still unable to source the quantities they need year-round.

The much-loved sorrel drink has long been a favourite of Jamaicans during the Christmas period, with cultivation traditionally beefed up in time to meet the seasonal demand.

The last few years, however, have seen a shift in cultivation trends meant to turn sorrel into a year-round cash crop. That aligns with its promotion from a home-made brew to a multiplicity of value-added uses, including manufactured sorrel drink for retail shelves and as flavouring for sauces, teas and even beer, among others.

The new planting efforts have reaped fruit, with production for 2014 amounting to 1,200 tonnes, but this is still not enough, processors say, as appetite for the vitamin-rich crop grows both internationally and locally.

What's more, the indications are for continued increase in output.

"The feeling I'm getting this year is, even in the height of the drought, the demand is so good and production has been going up in some of the areas where the drought has been less," said the ministry's marketing information officer.

Some 67 sorrel farmers are listed on the Rural Agriculture Development Agency's (RADA) website with cultivation mostly done in St Catherine and St Mary.

But "virtually all the sorrel that is grown locally is grown for the Christmas. They don't grow sorrel during the year for processors", said tea manufacturer John Mahfood, even as he called for local farmers to begin supplying his company.

Jamaican Teas manufactures a sorrel tea bag for sale on the overseas and domestic markets and has long spoken of challenges with sourcing sorrel locally. Its supplies are imported.

Trade Winds, which produces Tru Juice, has echoed similar sentiments. The St Catherine-based company once produced its Tru Juice sorrel beverage seasonally "because we felt the demand was only seasonal", said managing director Peter McConnell. But in the past five years, the company has ramped up production to year-round to feed the increasing demand for the beverage.

McConnell said the new data on increased sorrel production coming from the Ministry of Agriculture is surprising.

"I am surprised to hear that there is an increase," McConnell said, whose company has been experiencing even tighter supplies since the recent drought.

"Maybe there are plans to increase supplies, but as it stands right now, we are having a hard time meeting our demand," McConnell said.

The juice manufacturer grows 30 acres of sorrel to augment what it buys from local farmers, who supply roughly 75 per cent of its needs. Those needs are continuously expanding as Tru Juice sorrel has seen a yearly five to 10 per cent increase in sales, McConnell said.

"We are meeting our ongoing demand, but we normally have to stockpile for Christmas. So we are actually actively trying to find more sorrel to process in preparation for Christmas," he added.

Part of the problem local farmers have had in meeting the demand for sorrel is efficient harvesting of the crop, which must be separated from the seeds before it is sold to processors.

Inventors, Turner Innovations, have come up with a solution to the problem with its new sorrel stripping and harvesting machine, which is in the process of being commercialised.

Mahfood agrees that the new equipment could be a game changer, saying it would provide an incentive for the farmers to increase their production.