Lee-Chin company to raise $1.8b for Mavis Bank Coffee 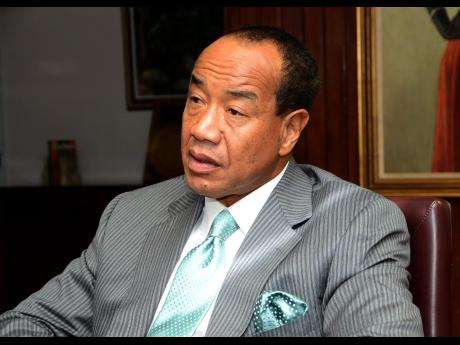 It represents the first big move by the new owners to reshape the vision of the company they acquired late summer from entities owned by Jamaica Producers Group and Pan-Jamaican Investment Trust.

MBCF produces the largest quantities of Jamaica Blue Mountain (JBM) coffee. Its green beans carry the factory's name, while its roasted beans are branded as Jablum.

"The proceeds of the bond will be used to settle debentures issued by the company in favour of JP Tropical Group Limited and Scotts Preserves Limited arising from the acquisition of MBCF. The funds will also serve as working capital and capital expenditure," said JMMB Investments, the broker for the offer, in documents posted online.

Mark McIntosh and head of MBCF Norman Grant both declined to go on record when contacted. McIntosh and Lee-Chin are listed as directors of SCI.

Under the new owners, MBCF will focus on reducing costs, implementing efficiency improvements in coffee picking and energy consumption. There are also concerns about the taste profile in some batches of Jablum when compared to the more robust tastes of other JBM brands, which the company aims to address.

"Specialty Coffee will embark on a strategy to cement its leadership role by improving the quality and taste of the coffee through modifying roasting time and temperature, and better management of the drying process for coffee cherry at the factory. The company will focus on increasing exports to Japan, United States and Europe," said the JMMB document.

MBCF remains profitable, but its annualised earnings are tracking below last year's, according to numbers published by JMMB. The coffee company made net profit of $85.85 million for the 10 months ended October 2016 on sales of $1.2 billion, or $103 million net profit when annualised. It compares with $119.93 million net profit for the year ended December 2015.

Mavis Bank would have made higher profit this year save for a $28.2-million management fee, an item which is appearing for the first time in at least five years.

Historically, MBCF made losses in 2013 and 2014. However, its improved profitability comes on the heels of increased export demand and higher selling prices for coffee.

"Notwithstanding, coffee prices are expected to slow down in 2017. With the expected movement in 2017, efficiency improvements and cost reductions are critical to improve yield going forward," added the document.

MBCF currently holds total equity of $272 million, up from $175 million at December 2015. Its long-term debts before acquisition by SCI totalled $223 million, but has since been wiped to zero.

Specialty Coffee plans to pledge 55 million shares in National Commercial Bank Jamaica (NCB) shares as collateral against the bond debt. NCB is majority owned by Lee-Chin through several vehicles. Dividends associated with the 55m shares will be held in escrow over the bond's tenure.

"From the above calculation, the current loan-to-value ratio is 1.5x and will have to stay above the level for the investment period, according to the indenture of this bond," stated JMMB. The broker placed the break-even price of NCB shares at $32.73 relative to its current price of $50.38.

"It is the expectation that AIC (Barbados) Limited, ultimate parent of Specialty Coffee, will not surrender the pledge shares to bondholders as this could see the entity losing de jure control of NCB (that is, moving from 50.98 per cent ownership to 48.75 per cent). From this standpoint, AIC (Barbados) Limited is incentivised to repay bondholders."

In September, SCI acquired 100 per cent of MBCF for around $1.3 billion from joint-venture partners Jamaica Producers and Pan-Jam, which themselves had bought the operation from the Jamaican Government for $243 million in October 2011.

The coffee factory has been operating in the Blue Mountains for over 90 years and has long-standing trading relationships in Asia, Europe and North America.

The issue date for the bond was not confirmed.