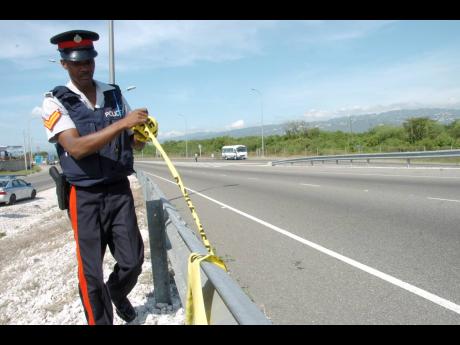 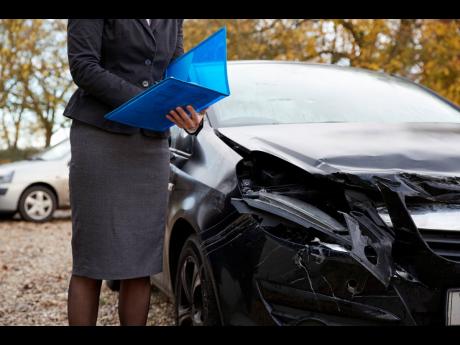 Gleaner articles provide the subtext for today’s piece. One was headlined ‘Safeguarding our Children.’ It was written by Cecelia Campbell-Livingston and published on May 18.

Mrs Campbell-Livingston writes about family, religion and other matters. She previously wrote about an accident in which 11 students from Edwin Allen High School in Clarendon who were ‘lapping up’ were injured.

Lapping up, an unfamiliar term, means that some passengers were seated in the laps of others. It also implies that the vehicle was carrying more passengers than the regulations permitted. The article did not say whether the ‘lappers’ or ‘lappees’ were wearing seatbelts as required by law.

The vehicle ran off a bridge and into a gully. I contacted the writer and suggested a follow-up piece. My reasons: May is Child Month and two students suffered serious injuries. Also, sources told me that the students’ medical expenses could run into millions of dollars. Thirdly, if the vehicle was insured as required by law, complications would undoubtedly arise when compensation was sought by the children’s legal representatives. Mrs Campbell-Livingston agreed and sent me a draft of her article a few days later.

Three articles in this newspaper last Tuesday also form part of the setting for my comments. ‘Motorists unfazed by 10,000 traffic tickets per week: Road safety experts, hope new law, better collaboration will help reduce offences’ ran on Page A2. Juxtaposed against it on Page A3 was ‘It was just blood all over: Student killed, 26 injured in Portland crash’. The driver of the students’ vehicle, according to the police, was “earlier prosecuted for carrying 27 students in a 15-seater minibus”.

The article confirmed the former headline. After I read those articles, twice, I became very sad. The causes: my indirect involvement with Mrs Campbell-Livingston’s article and the two accidents.

‘Just blood all over’ was not a just another random newspaper headline nor another data point. It implied pain and suffering, physical and psychological injuries to students, their families, and fellow students. It also meant that the bulk of the costs and expenses that were incurred as a direct result of the accident would not be borne by the outdated motor vehicle insurance compensation system or by the errant driver.

A promising high school student was killed in the Portland accident. That event, like the one before, appeared to have been avoidable. In the meantime, the ‘road safety experts’ – persons connected with the National Road Safety Council (NRSC) and the head of the newly-established Public Safety & Traffic Enforcement Branch (PSTEB) of the police force – according to the article, seemed to be relying on the same same-old-same-old to prevent future accidents.

New ideas to fix the problem were absent. The experts’ choice of words reflected a complete lack of insights into the difficulties affecting the transportation system in general, and specifically, about thousands of children travelling in the public passenger vehicle segment.

The third article about the country’s transportation system, also published on Tuesday on Page B8, rekindled hope. Executives from the Jamaica Automobile Association recognise the link between national development and the need for changes in the system. They get the big picture.

The manager for subscription sales and services puts it this way: “The scope of our challenge goes well beyond the more than 300 lives lost on the roads annually”, the thousands of persons injured in the 13,000 crashes yearly, and the direct medical cost of $1.4 billion in 2014. The article also cited indirect productivity costs of $1.8 billion.

Solutions to the complex problems facing the sector fall outside of the narrow lens of a new law and its enforcement as the NRSC and PSTEB, experts appear to be suggesting. I recently sought information from them to find out what details were being captured in relation to crashes. Was data being collected to provide information about the extent to which distracted driving contributed to accidents? Perhaps this and other kinds of data could help in the development of new strategies. I got zilch.

Meanwhile, I found out from Centers for Disease Control and Prevention reports that “Each day in the United States, approximately nine people are killed and more than 1,000 injured in crashes that are said to involve a distracted driver”.

The JAA executives are also aware of the importance of using data science to better understand what is happening on our roads and to help find fixes. Taking responsibility to reduce some of the risks associated with the use of the public transportation system like the wearing of seat belts, adhering to the traffic regulations were among the things that citizens can do. Effecting improvements to the physical and technological infrastructure for police, tax authorities and the court system were among the things that were the responsibility of the state.

Have the NRSC and PSTEB folks reached out to psychologists and sociologists at our tertiary institutions to gain a better understanding about the risky behaviours of drivers like the Clarendon and Portland drivers; explore what incentivises them to take the risks that they do and suggest strategies that communities like those in Clarendon and Portland can implement to protect their children from harm?

Knutsford Express has largely disrupted the business of the old-time country bus. Do these two unfortunate accidents present a business opportunity, on a much smaller scale, to disrupt the stranglehold that stupid and reckless drivers appear to have on communities across the island?

And, finally, can the country’s life and motor insurers play a role in making this happen?