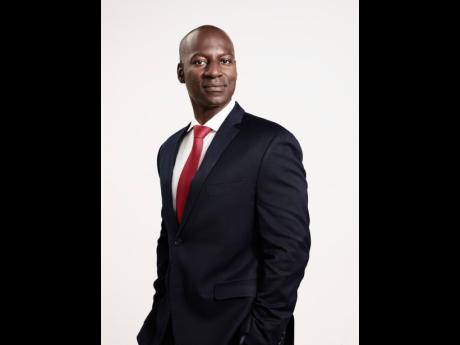 A fter eight years in supporting roles at the multipurpose port run by Kingston Wharves Limited, Chief Operating Officer Mark Williams will assume the office of CEO of the KWL group on January 6.

His appointment was announced by the board of the port company on Tuesday as it hailed the leadership and legacy of retiring CEO Grantley Stephenson, who has been at the helm of KWL since 2003.

Stephenson will continue to serve the organisation in corporate governance as deputy chair to board Chairman Jeffrey Hall. Hall is CEO for Jamaica Producers Group, the largest shareholder with a 42 per cent stake in the profitable wharf company. KWL posted net profit of $1.9 billion last year and revenues of $7.2 billion; its assets topped $31 billion.

“The board and I are absolutely confident that Mark brings the right mix of leadership, vision, expertise, accountability and teamwork to the role of chief executive officer, and we expect the company to do very well under his direct executive leadership,” said Hall in a statement from the company.

He acknowledged Stephenson’s role in leading major transformations at KWL – expertise that will remain available to the company in his new role as deputy chair.

“We are extremely appreciative of his decision to serve the company in this important capacity. I very much look forward to working closely with Mr Stephenson to continue strengthening the governance of the company and to position us to take on major new growth and investment opportunities,” Hall said in the company statement.

In an interview with the Financial Gleaner on Wednesday, CEO-designate Williams, 51, said during his tenure as the man in charge, KWL would be preserving its achievements even as it pursues new opportunities for differentiation from the competition.

“I will continue to solidify the gains that we have made as a group and then look for what we consider to be blue ocean strategies to grow the business, continue with good corporate governance, and be a good corporate citizen,” said Williams.

He adds that KWL will continue pursuing initiatives to further diversify its cargo type, expand its customer base, and build out its logistics business, which is expected to be the main source of revenue and profit growth in the coming years.

The company, under Stephenson’s leadership, pioneered the trans-shipment of motor vehicles from its Global Auto Logistics Centre at Tinson Pen after several phases of physical expansion of the berths and construction of a modern warehouse as a ‘total logistics facility’.

Last year, the company that operated as a free zone announced a multibillion-dollar plan to construct a major near-port logistics warehousing facility at Ashenheim Road, near the port, and received provisional approval for a special economic zone licence.

Williams said his management style is guided by the principles of accountability, commitment and excellence.

“I am accountable first of all to my staff, to the shareholders of the company and to the customers who entrust us with their business. I’m committed to getting job done and managing by measurement, and to excel so that the company, too, can excel,” he said.

Among the benchmarks he expects his performance to be assessed against are: the level of staff training, development and certification; efficient use of the plant; ensuring that processes at KWL meet the highest international standards; driving process productivity through greater use of technology; and ensuring an acceptable return on shareholders’ investments.

Williams says he comes to the job with deep knowledge of the business, having led the development and execution of corporate strategy as chief operating officer for five years. In addition to managing strategic planning, he had responsibility for domestic and international business development, marketing, customer service, terminal operations, safety and security, as well as human resources.

Williams is said to have headed commercial negotiations for the company’s fast-growing logistics division to reduce costs and drive revenues. He also serves as a director of KWL subsidiary Security Administrators Limited.

The CEO-designate joined KWL in October 2011 as the chief marketing and planning officer after building up professional expertise over 20 years in commercial and strategic planning. Before that, he was vice-president in charge of commercial development, marketing and planning at Airports Authority of Jamaica. In that assignment, he said he was responsible for preparing the airport for privatisation.

He also serves as a director of the Shipping Association of Jamaica.