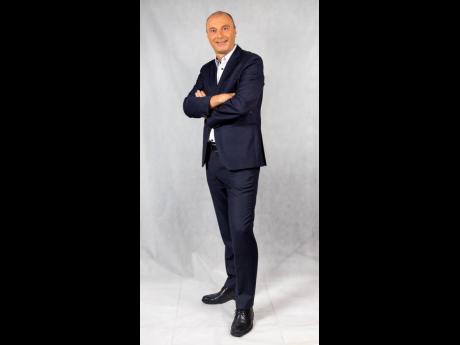 Desnoes & Geddes Limited, D&G, the maker of Red Stripe beer, has written back a portion of the assets previously classified as impaired as the pandemic raged and alcohol markets faltered.

The brewery, which trades as Red Stripe Jamaica, has reclaimed €38 million, or $7 billion in local currency, of the €138-million impairment charge booked against its assets last year.

Managing Director Luis Prata said the reassessment relates to improvements in country risk, which is one of the factors incorporated in the estimate of their weighted average cost of capital, or WACC.

In the second half of 2020, Jamaica’s risk premium per credit rating category went down, said Red Stripe, concurrent with the improved country outlook.

“In April, the country risk premiums were higher than usual due to COVID-19,” Prata told the Financial Gleaner. “The reduced impairment is indeed due to the improvement in country risk, rather than an underlying improvement of our business compared to the forecasts mid-year,” he said.

Before the pandemic, Red Stripe projected rising sales and return on capital. But as the year progressed and the coronavirus spread, and beer sales fell, market disclosures by parent Heineken International took a more bearish turn towards an expected reduction in future cash flows from Red Stripe’s brands and lower plant utilisation.

Jamaica’s bars and entertainment spots still face COVID-19 restrictions, air travel is still down, and the tourism market is still estimated to be around halfway to full opening. All are important channels for alcohol and beer sales.

“We expect the pandemic to continue to impact our business in the first half of 2021 and market conditions to gradually improve in the second part of the year,” said Prata.

The coronavirus has been raging inside Jamaica’s borders for nearly a year, since early March 2020, eroding commerce as it spreads. The brewery expects its revenue and profit this year to rise above last year’s levels amid continuing recovery of the economy.

That prediction is underpinned by initiatives to move the odds in its favour. Red Stripe has given away beer worth millions of dollars to small bars to help get them up and running again; introduced an alcohol-free beer called Heineken 0.0; and has a new variant of Guinness, called Smooth, on the market. More recently, the company launched its 50-50 joint-venture project with Rick’s Café in Negril called the Red Stripe Experience at Rick’s Café. The US$2-million venture offers an “exclusive Red Stripe Experience Tour” on the Negril property.

“It will attract more visitors, generate additional revenue, and will be a great marketing tool, both nationally and internationally,” said the brewery.

Last year, Heineken group reported €23.7 billion in annual revenue, down 17 per cent, and made a net loss of €204 million for the year ending December 2020. It did not disclose any earnings for the Jamaica operations.

The international beer company booked €963 million in impairments across the group, including a reduced €100-million charge for Jamaica. Heineken cited crises in developing economies and the restrictions on entertainment businesses – bars, pubs and lounges – in some developed economies as triggers for the impairment reviews.