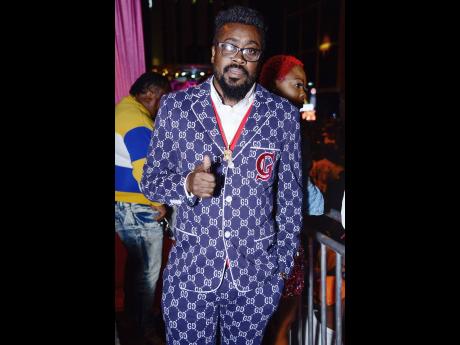 File
Police say Beenie Man was charged under the Disaster Risk Management Act and the Noise Abatement Act for an event held on November 29.

Nearly one month after he allegedly hosted an illegal party in St Elizabeth, and was warned that he would be prosecuted, popular dancehall deejay Moses ‘Beenie Man’ Davis was served a summons to appear in the St Elizabeth Parish Court.

“The summons was served on him yesterday [Thursday] and he was processed,” head of the St Elizabeth Police Division, Deputy Superintendent Narda Simms, confirmed to The Gleaner. “He was charged under the Disaster Risk Management Act and the Noise Abatement Act for an event held on November 29, at which he was warned by the police for prosecution.”

Beenie Man is set to appear in court on February 10.

Simms said that although Beenie Man was in the parish, she was unsure if he was there to attend a New Year’s Eve party in St Elizabeth, which he had been seen promoting on social media.

“St Elizabeth if oonu know weh the party deh reach, so you know say a New Year’s Eve and we haffi ring in the New Year nuh care weh who waan seh. The party name 12 to 7,” the ‘Girls Dem Sugar’ announced in the video.

“I don’t know if he planned to go, but I made sure that nothing was held. We were on the road until 5:30 this morning,” the no-nonsense Simms said.

Towards the end of November, the Government had announced that new restrictions would be in place starting December 1, 2020 until January 15, 2021. The prohibition on parties and events remained in place and therefore no permits would be issued for any events. The gathering limit remained at 15. On Thursday, assistant commissioner of police in charge of Area 3, Michael Smith, issued a warning to party promoters, especially those in Clarendon, Manchester and St Elizabeth, about hosting events that are in breach of the Disaster Risk Management Act.

Smith said concerns were raised by members of the Divisional Intelligence Unit about an event to be held in St Elizabeth between midnight and 7 a.m. Friday, January 1, 2021. He said the event was being promoted by a popular dancehall entertainer and that efforts were being made to contact the entertainer to warn him personally. Beenie Man was not named.

Beenie Man and his team were not available for comment and have not made any reference to the latest developments on social media. However, he took time early on New Year’s Day to greet his fans. “Blessed love to all my fans, co-workers, promoters, family and friends. Blessings and prosperity for the new calendar year. Manners & respect for all the love & support,” he said.