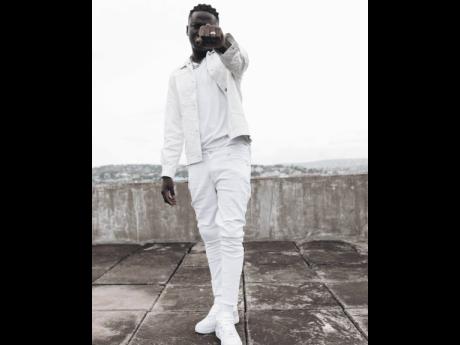 Contributed
Stonebwoy said Sean Paul inspired him to turn his love for reggae and dancehall into a career.

Ghanian recording artiste Stonebwoy credits Sean Paul for inspiring him to turn his love for the Jamaican musical genres of reggae and dancehall into a career. “The reality is, I got into dancehall simply because it is deep in our DNA and so,...

Ghanian recording artiste Stonebwoy credits Sean Paul for inspiring him to turn his love for the Jamaican musical genres of reggae and dancehall into a career.

“The reality is, I got into dancehall simply because it is deep in our DNA and so, naturally, I could connect to the music and the messages. In recognising my musical skills, I veered towards doing something my heart goes to – Afro-dancehall style. As a child growing up, I would hear reggae and dancehall, and in doing my research on what to listen to, I discovered Sean Paul,” Stonebwoy told The Gleaner.

The Afro-dancehall artiste, who celebrates his birthday today, named a cover of Hey Sexy Lady, the 2002 single recorded by Shaggy, featuring Sean Paul, as one of his first recordings.

“As a likkle yute in junior high school, I went and recorded the cover of Hey Sexy Lady and did Sean Paul’s verse in the local dialect, Twi language. It was something we enjoyed amongst ourselves, and I am not sure he is going to hear it ... I haven’t been able to tell him that,” he shared with a laugh.

He said he is grateful that a living legend like Sean Paul could see him in a positive light and shared that the Grammy Award-winning artiste’s albums, like Dutty Rock, for which he won the Best Reggae Album Grammy in 2004, still remains on his iTunes.

“Sean Paul is a world icon, from long time, for me. He inspired me differently growing up, in the way he deals with the music business. It made me push for dancehall culture and reggae music to get attention in Ghana,” said Stonebwoy.

The respect between the two is mutual. Sean Paul, during a Instagram Live conversation, hailed Stonebwoy as being a man of impeccable reverence. “[He] knows what we developed over here is authentic and that even though our music originates from Africa, the way we interpret it and played it, is a whole style unto itself,” said Sean Paul.

The Jamaican artiste pointed out that many people who say they are doing dancehall don’t really do dancehall, but gave Stonebwoy the light for his commitment to coming to Jamaica.

“Not often you find them (foreign acts) coming to Jamaica for production, and so I really respect him for coming through as someone who is influencing Afrobeat [but still finds the time to visit Jamaica]. So big up people like Stonebwoy,” the Gimme The Light star said, adding that Stonebwoy was recently in the studio with him to record the Guns of Navarone Remix and shoot the music video – all in one night.

He said, “He is the only outside act not from Jamaica who is going to be featured on the upcoming album.”

LINKS WITH OTHER JAMAICANS

Speaking about the violence in society and how people in modern-day society continue to perpetuate it on each other, the track features reggae singer-songwriter Jesse Royal and outspoken literary artist, dub poet and educator Mutabaruka. It is not the first time Sean Paul and Stonebwoy have worked on a collaboration; they teamed up for the Most Original track exactly three years ago.

Stonebwoy has enjoyed working with other Jamaican recording artistes like Jahmiel on the tracks Mama and Motion, and Beenie Man for the single Shuga, which has garnered close to five million views on YouTube, where he pays ode to 1996 hit Girls Dem Sugar in the lyrics. He also hinted of another collaboration to be released with the proclaimed ‘King of the Dancehall’. Proppa, his collaboration with Etana, and the first single from her soon-to-be-released album recently hit airwaves.

“Surely, the timing for all the songs is going to be proper. The remix for Guns of Navarone is not out yet, but I am made to believe it will come sometime when Sean Paul is releasing his own album. I can’t wait ... he has really inspired a lot of people, and he is very humble,” Stonebwoy said.