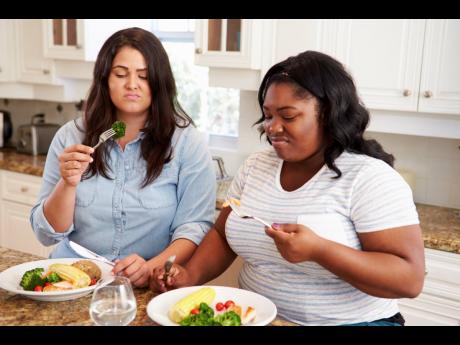 What frustrates most persons who are morbidly obese is that in addition to this simple need to eat less because you weigh less, the body also actively cuts its metabolic rate as you lose weight. 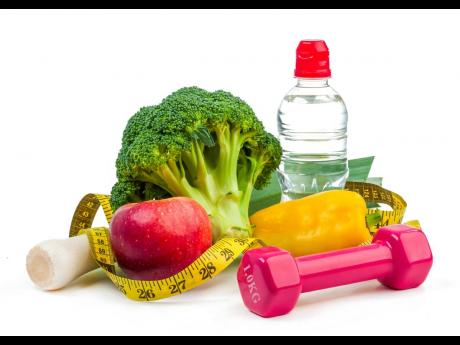 In my last article, I explored the reasons why overweight persons may not be losing weight even though they think they’re on a diet. But for the morbidly obese, with a BMI greater than 40, the calorie-in minus calorie-out equals weight change may not necessarily hold true as it does in the overweight.

I recently got into an argument with one of those Instagram weight-loss gurus over this fact.

The statement “over 95 per cent of dieters fail” was the genesis of the conflict. This statement was popularised by those with the ‘perfect’ solution to solve the problems of frustrated dieters of all sizes.

“Come to me all who labour in vain and I will lose the weight for you and it will be easy”.

Great marketing but absolutely no substance to it.

My IG foe was bashing this false narrative about the failure rate of diets when I pointed out the nugget of truth within: When you have a BMI of over 40, your chances of losing weight and keeping it off in the long term is less than five per cent.

This did not sit well with someone who made his money off selling hope to the very people who are likely to fail on his diets.

But the data I dug up was even more damning than I originally thought. Morbidly obese patients who are put on diet and exercise programmes can lose anywhere from zero to one per cent of their body weight over 15 to 20 years. Those are depressing stats for anyone. More so for morbidly obese persons who are desperately trying to lose weight. But why is this so?

FAT IS NOT JUST STORED FAT

Fat cells are looked on as storage bins that fill up and expand as you eat more calories than you burn. But fat cells are much more complex than this. In fact, there are some scientists who believe that fat should be looked on as an organ just like the liver and heart. Fat produces hormones and other substances that play a role in regulating metabolism and gene expression across the body. Fat actually changes your hormones and genes! Then there are the hormones produced by the gut.

As you begin a diet, your stomach begins to produce more hunger hormones. So it’s not in your mind that you feel hungrier on a diet. But the worse part of trying to lose large amounts of weight is that as you lose weight, your metabolism slows down so you have to eat less and less to remain in a calorie deficit and continue to lose weight.

Part of this fall in caloric requirements is simply due to the fact that as you drop weight, you need less energy to move around your lighter body.

Look at it in this way. If you are walking around with a bag weighing 50 pounds, you are burning a certain number of calories in order to feed your muscles holding the bag. When you lose weight, you are putting down the 50-pound bag. You need less calories because you are no longer labouring with that weight. You therefore need to consume less calories because you are burning less calories, that is, your metabolic requirements fell. If you don’t cut your calories as you shed weight, you will hit a plateau, or worse yet, regain the lost weight.

What frustrates most persons who are morbidly obese is that in addition to this simple need to eat less because you weigh less, the body also actively cuts its metabolic rate as you lose weight.

The most famous study looking at this metabolic adaptation followed the highly successful dieters on the TV show ‘The Biggest Loser’. The researchers found that in addition to regaining a significant portion of the lost weight, the metabolic rates of the former contestants were ridiculously low. Those who had kept the weight off had to be hitting the gym very hard to compensate for their slow metabolism.

The sad truth is, your body will try its best to get you back to an unhealthy weight once the hormonal changes of being severely obese kicks in.

This is a fact that I hammer home to all prospective bariatric surgery patients. If you slip up after surgery and start consuming calorie dense foods like snacks, sugary drinks or even natural juices, the weight can return very quickly.

Morbid obesity is classified as a chronic disease for a reason. You never really cure it by losing weight. You put it into remission. And like all chronic diseases, it can come back if you are not vigilant with your lifestyle and treatment.

Your best bet at success is to avoid becoming morbidly obese in the first place. Because if you do, surgery may be the only viable option for you to lose weight and keep obesity in remission.

Of course, those who peddle diet pills, shakes and programmes will never tell you that. Primarily because, like my Instagram colleague, they are wilfully blind to the truth.

After all, a 95 per cent failure rate will keep you paying their bills as long as you are willing to buy more hope.