Every seven hours someone is killed in Jamaica ... police claim success in clear-up rate 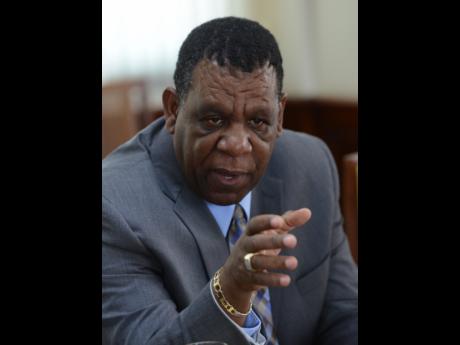 At least one person is murdered in Jamaica every seven hours, according to the Jamaica Constabulary Force's (JCF) weekly crime statistics, which show that, up to Monday, the number of homicides for this year stood at 1,116. Despite the increase in killings, the top brass of the Criminal Investigation Branch (CIB) said they have effected more arrests of perpetrators responsible for these atrocities this year.

"We have had a significant increase in our clear-up rate, which is the best over the past 10 years. The figure has moved from the low 30s to 49 per cent so far this year, and we are hoping to push the clear-up rate to 51 per cent by the end of 2015," Assistant commissioner in charge of crime, Ealan Powell, said during an interview with The Gleaner yesterday.

Powell believes that training and the improvement in the use of technology, along with a number of programmes recently implemented in the CIB, are responsible for the improved clear-up rate.

"The clear-up rate is not where we want it to be, but based on the success to date, it is an indication that we are moving in the right direction. In another three years, we are aiming to increase it to 70 per cent, which means that every seven out of 10 persons who commit a murder should be arrested," said Powell.

"October was a difficult month. We had a number of contract killings, plus people were killed following disputes over land. November has been good so far," Powell explained.

In his plans for the Yuletide season, Powell stressed that the streets will be flooded with both uniformed and plain-clothes police personnel, with special focus on the crime hot spots islandwide.

"Plus, we will be interacting with the public on a daily basis, giving safety and security tips," said Powell.

In the meantime, Opposition Spokesman on National Security Derrick Smith said in spite of the improved clear-up rate this year, the number of homicides is still too high.

"I am in agreement with the minister of national security (Peter Bunting) that persons with information should come forward and assist the police in solving these murders," Smith told The Gleaner.

He believes that there is a connection between the lottery scam and the increased murders in parishes such as Westmoreland, St James and Hanover, primarily.

"I also believe that in some of the other parishes, the high unemployment, [as well as the] lack of economic opportunities and growth in the economy are responsible for the increase in crime. An average of three persons are killed per day and this has increased the fear factor. People are fearful; some have become prisoners in their own home," said Smith.