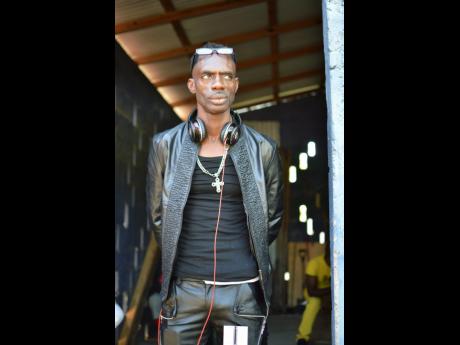 Dancehall deejay and actor Desmond Ballentine, better known as Ninja Man, has expressed outrage at the damage that has been done to his vehicle by bad gas he claims to have purchased from several gas stations.

The entertainer, who drives a 2014 Mercedes-Benz E-Class, says he has suffered great inconvenience and was only spared the cost of the repair work on his car because of the warranty on the vehicle.

"Is five different time I have to change five different set of injectors ... and if you go around to the Benz company right now, you see a lot of vehicle around there park up with the same problem," Ballentine told The Gleaner yesterday.

Ballentine also claimed the cost for repairs to his vehicle totalled $2 million.

He said it was through a process of elimination that he found a retailer who was not affected by the contaminated petrol. Before that, he said, he bought gas from several retailers and had to take his vehicle in for repairs after each purchase because of mechanical problems.

The Bureau of Standards Jamaica (BSJ) last month ordered gas pumps at 17 service stations closed after reports of bad fuel being sold at 26 stations across the island.

"This needs a thorough investigation, and to get down to where this coming from because, at the end of the day, we cannot just look at the people that selling gas. We have to look on the distributors to find out how this bad gas come inna the country," Ballentine said.

"It not only affect the people dem who vehicle mess up but even the people them like Benz who give people three or four years' warranty. They have to bear the cost to fix back the vehicle, because if there was not a warranty on the vehicle, some people couldn't drive them Benz again," he added.

Chairman of the BSJ, Professor Winston Davidson, has said it will be extremely difficult to identify the source of the bad gas. However, the popular deejay is adamant that "we need to get to the root of where this bad gas coming from and put a stop to it and make them refund the people for the parts of them car that mash up".

Ballentine contended that "all of this thing a gwann because of cheapness, they just don't want buy the right and proper gas".

"The thing is that oil price drop and dem still a sell the gas on the same rate, so they not losing anything; they gaining more than anything else, so why them selling fraud gas when oil price drop and them don't drop the price a them gas and them still a rob people by cheating them and selling them fool-fool gas?" the entertainer asked.

The bad gas report, commissioned by Energy Minister Phillip Paulwell, names at least one major marketing company as being involved in the mixing of low-grade fuel with legitimate imported fuel.