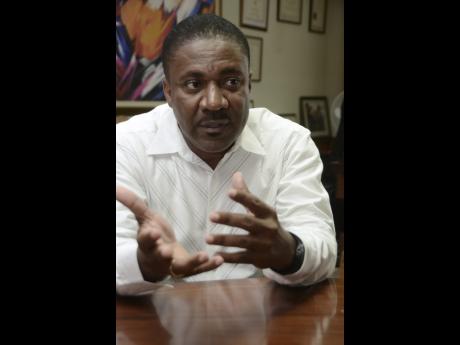 Cabinet has approved a 50 per cent increase in the amount candidates will be allowed to spend in general election campaigns.

Phillip Paulwell, the minister with responsibility for electoral affairs, said yesterday that the upper spending limit for candidates is to be increased to $15 million, which is way beyond the $10 million that is now allowed.

Parliamentarians raised the limit to $10 million ahead of the 2011 general elections, claiming that the $3 million that existed was not enough.

Members of the House of Representatives, in debating the Representation of the People (Amendment) Act, 2015, or the so-called campaign finance bill, in November, said $10 million was too low.

Paulwell then took the matter to the Electoral Commission of Jamaica (ECJ), which he said agreed to the change.

Yesterday, the minister told The Gleaner that the campaign-finance bill that is currently before the Senate would be amended to reflect the new spending limit for candidates. He said, however, that the limit for each political party will remain at $630 million.

If the amendments are made before the next general election, thought to be imminent, but due in December, it would mean that the People's National Party and the Jamaica Labour Party would be allowed to spend a total of $2.2 billion as they go to battle.

This is an addition to about 200 motor vehicles that will be allowed to be imported, with reduced duty, and made available to the political parties and their candidates.

There is also a provision in law that allows each candidate to be reimbursed 40 per cent of election spend.

But the increased spending limit will mean that persons contesting general elections will have to fork out more money.

Parliament recently approved the increase in nomination fee from $3,000.

The ECJ has said that it is maintaining a standard of having the nomination fee being 10 per cent of limit.

Under election laws, the deposited money is returned if the candidate is elected or polled not less than one-eighth of the total number of votes cast at the election, or died before the close of the poll on polling day.

The best practice that has existed, and which has been followed over many years, is that whenever there is an increase in election expenses, that is, the amount that the candidates are allowed to spend, there is a correlating percentage increase in the nomination deposit," the ECJ said in a report to Parliament.

Parliament in 2011 amended the Representation of the People Act to increase the total amount allowed for election expenditure from $3 million to $10 million.

The ECJ said there ought to be a corresponding increase in the nomination deposit.