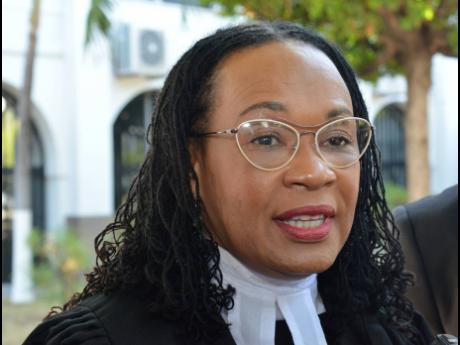 Opposition Senator Donna Scott Mottley is calling for adequate care for prisons and lock-ups and for the Holness administration to rethink its rejection of the early release of low-risk inmates amid the swirling COVID-19 pandemic.

Scott Mottley, who was speaking during a People’s National Party digital press conference, said that prisoners were often treated as outcasts during times of crisis.

“Sometimes we tend to forget that these people are humans and, in fact, under the state of emergency which has existed for over two years, there are a number of persons detained who it is not alleged that they have committed any crime,” she said.

The justice spokesperson cited an outbreak of scabies at the Tamarind Farm police detention facility and a rash of chickenpox cases at the Half-Way Tree lock-up as examples of how vulnerable detainees were to contagious diseases.

“Consider what would happen if someone in the prison population got COVID-19 … . The damage it would do to the entire structure with wardens and police and all those persons who come in contact because indeed there can be no social distancing.

“So, I am appealing that the authorities sit down, take a look at this … see by what mechanism persons who are not a threat to society can be released into the general population where they can be effectively monitored,” the senator stated.

Minister without Portfolio Matthew Samuda said on March 13 that he Jamaican Government would not be releasing low-risk or short-term inmates from correctional and remand centres even if COVID-19 exploded here.

The government senator said that adequate isolations were being put in place.

The Department of Correctional Services has activated its COVID-19 prevention plan to decrease the risk of spread. All external visits to the facilities operated by the DCS have be suspended for two weeks as of March 16.

“We understand that relatives may be concerned about the well-being of their loved ones within state care. However, we wish to advise that we have been preparing for weeks for this eventuality and we are prepared to manage the environment,” said retired Lieutenant Colonel Gary Rowe, the commissioner of corrections.

He said that there has been an increase in the supply of sanitiser and soaps at the facilities to keep the virus at bay.

Iran has temporarily released more than 70,000 prisoners amid concerns that the novel coronavirus could spread rapidly.

Around 200 prisoners will be temporarily released from Northern Irish jails, The Manila Bulletin reported on Monday.

And in the United Kingdom, the Express reported that pregnant prisoners who do not pose a high risk to the public were set to be temporarily released from custody. The move, the newspaper said, was to protect them from COVID-19 as 65 inmates tested positive for the virus across 23 prisons.