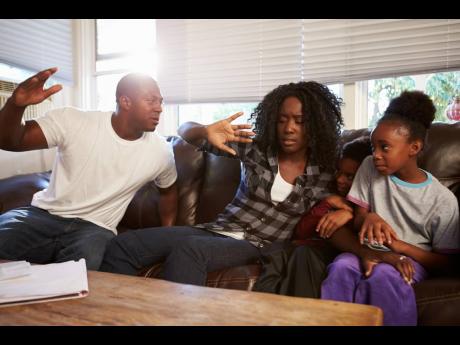 ‘Reports from countries in every region suggest that restrictions in movement, social isolation, coupled with increased social and economic pressures are leading to an increase in violence in the home’ – United Nations. 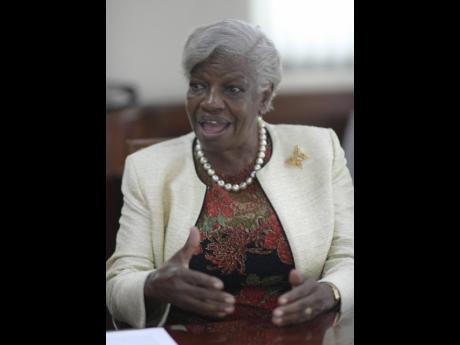 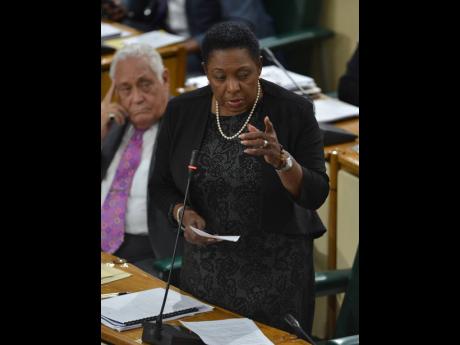 Jamaica’s largest residential facility for victims of domestic violence has revealed that calls to its hotlines have slowed to a trickle since a range of COVID-19 containment measures forced a large chunk of the population to remain indoors. However, experts are cautious of the lull.

Woman Inc, the non-governmental organisation that operates crisis centres in Kingston and St James, says its rescue teams have not been called into action since March 10 when the first case of COVID-19 was confirmed locally.

“We have not had any domestic violence case that required rescue,” Joyce Hewett, acting executive director of Woman Inc, shared with The Sunday Gleaner.

“As a result of the COVID, we’ve seen, actually, a drop in cases whereby there are some days when we are not getting any calls at all. The overall calls have dwindled.”

Hewett was unable to provide figures for the number of reported cases of domestic violence before the coronavirus reached local shores.

The disclosure comes amid warnings from local and international experts that Jamaica and other countries affected by the global pandemic could see an explosion in domestic or intimate-partner violence, mainly due to the stay-at-home measures implemented to blunt the outbreak of the dreaded respiratory ailment.

However, Dr Veronica Salter, psychotherapist and counsellor, believes it will be months before incidents of domestic violence that occur during the COVID-19 crisis are reported.

“Women may not be reporting domestic abuse because they have far too many other things to think about,” Salter opined during the Television Jamaica discussion programme All Angles with host Dionne Jackson-Miller.

“A woman in a violent situation is the last person to think of herself in that situation. She has to think about the family, where she’s gonna get food and all these other things.”

A high-ranking member of the Jamaica Constabulary Force (JCF) also delivered a sobering reminder that the fall-off in reported cases of domestic violence should not be interpreted as a sign that it was not happening to both males and females.

“Because of the curfew, we think people may not have the ability or the wherewithal to report it,” said the senior cop, who spoke on the condition that his name would not be published.

He disclosed that as a result, the Police High Command is anticipating an increase and has already begun to put measures in place to tackle it.

TOGETHER IN ONE SPACE

“Now victim and abuser are in one small space and the law is now requiring people to be in that space. So there is the likelihood for violence and we are cognisant of that and, as such, we are going to be engaging our members to be particularly vigilant around treating with that and preventing that,” he said.

The Ministry of Gender Affairs disclosed, too, that a number of measures have been developed and implemented to help address gender-based violence.

According to portfolio minister Olivia ‘Babsy’ Grange, the strategies include increased budgetary allocation to seven community-based and advocacy groups and the creation of a service desk at the Bureau of Gender Affairs to serve male victims of intimate-partner violence.

Up to yesterday, Jamaica had 69 confirmed cases of SARS-CoV-2, the virus that causes COVID-19, with four deaths. Twelve persons have so far recovered.

As part of its pushback against the spread of the disease, Jamaica, like other countries across the globe, has directed that non-essential work in the public and private sector be done from home and imposed nightly nationwide curfews. Schools are also closed. These measures have forced family members to spend the majority of their time together at home.

Experts and domestic violence advocates have warned that these actions oftentimes leave perpetrators and victims bunkered down in the same space for hours, now with the added pressure of lingering financial and social issues.

“Reports from countries in every region suggest that restrictions in movement, social isolation, coupled with increased social and economic pressures are leading to an increase in violence in the home,” the United Nations said last week.

The Woman Inc executive director acknowledged that she could only speculate on the reasons for the less-than-normal reports of domestic violence in Jamaica during the coronavirus outbreak. One of them, she suggested, is the increased presence of the security forces in several communities.

“People, maybe, are more cautious in perpetuating this level of violence because they don’t have anywhere to run to,” Hewett reasoned.

She theorised, too, that the presence of the abuser in the home makes it difficult for the victim to seek help. “If they are in an abusive situation and the abuser is right there, what’s the likelihood that they can even make a call? Zero,” she noted.

Hewett insisted, however, that the centre will remain open throughout the public health crisis, with rescue teams ready to spring into action at short notice.

“We are definitely not going to lock down, we can’t lock down because we may be the only rescue people have,” she shared.

Hewett said Woman Inc has sought guidance from the Ministry of Health on how to handle rescued victims to ensure that the virus is not imported into the shelter.