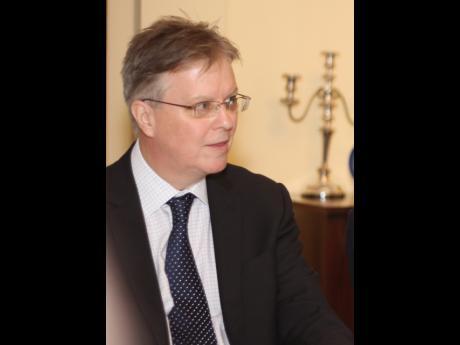 The British High Commission has backtracked saying now that it had requested that no questions be allowed from the media for the visit of Prime Minister David Cameron.

Yesterday, the British High Commissioner to Jamaica, David Fitton said it was not his idea that media interviews be excluded after Cameron and Jamaica's Prime Minister Portia Simpson Miller presented statements following bilateral talks on Tuesday. The move prompted a swift reaction from the Office of the Prime Minister in Jamaica, maintaining that it was at Britain's that no questions be allowed.

But in a statement today the British High Commission backtracked on its earlier claim.

"The demands and short length of the programme meant that there was no time to facilitate questions following the bilateral statements. We had therefore requested there be no questions because of the time constraints," a spokesperson for the Commission said in the release.

However, the spokesperson noted that after further review of Cameron's schedule, the Commission created a small window to accommodate media interviews on Wednesday morning.

The interview came after the Press Association of Jamaica wrote to the High Commission stating that the restrictions on the media was not acceptable.