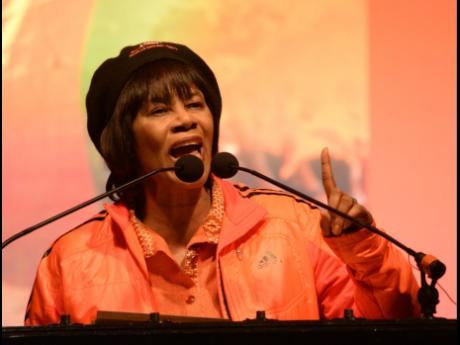 Likening the 'pay day' tax policy of the Jamaica Labour Party (JLP) to a broken campaign promise made in 2007 to double the salaries of nurses, the governing People's National Party has made yet another appeal for Jamaicans to view the promised abolition of income tax for persons earning $1.5 million or less as empty.

"Beware of those people who are promising to do everything overnight," PNP President Portia Simpson Miller said in Old Harbour, St Catherine, Saturday night.

Fitz Jackson, the PNP standard-bearer for South St Catherine, noted that in 2007, Audley Shaw, as spokesman on finance, said his administration would double nurses pay, a commitment that was not honoured.

"I believe that this is something that I would like to give the commitment that, as minister of finance, this would have to be just the starting position, doubling the salary of nurses," Shaw said.

The promise was, however, not honoured.

Jackson said that the JLP income tax promise smacks of desperation and represents lack of respect for the intelligence of Jamaicans.

"When I listen and see the level of desperation by the Jamaica Labour Party, I fret. I fret because I never believe that in 2016, a group of persons, who call themselves educated persons, would reduce themselves to making promises that disrespect the intelligence of the Jamaican people," Jackson said.

He said that not only do people still recall the promise to double salaries, but they understand the country cannot afford it.

"When dem win the election and the nurses come to them and ask, what about the 100 per cent salary increase promised to dem, dem a tell dem not a red cent more," Jackson recalled.

"That is the same Opposition that has come to you, the Jamaican people, and say if you earn up to $1.5 million we not going to charge you income tax. But where is the credibility of those persons to make any promise?" he said.

Personal income tax accounts for roughly $76 billion of the total tax revenue of $411.8 billion that the Government intends to collect this year

There are some 268,000 PAYE workers in the employed labour force of 1.3 million people. Of these, approximately 130,000 are government employees.

"We will not derail the economic recovery and throw away the gains the people of Jamaica have made. You have sacrificed too much and we have come too far," Simpson Miller said.