Briefing | Latin America and the Caribbean economic outlook for 2018 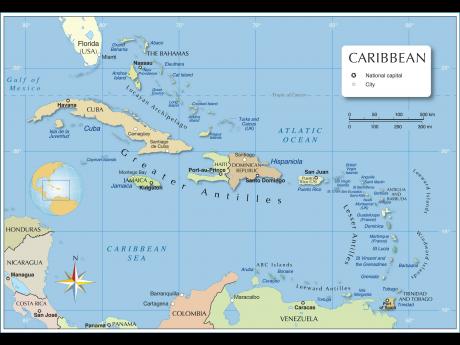 WHAT ARE THE ECONOMIC GROWTH PROJECTIONS?

Most non-commodity exporting countries in the Caribbean and Latin America have been recording positive economic growth and are expected to continue on the positive growth trajectory in 2018 as a result of infrastructural expansion and increased provision of tourism services.

Economic growth in the Caribbean and Latin America is expected to improve in 2018 after falling short of its two per cent target by only materialising growth of 0.9 per cent on average in 2017. Economic growth was more than projected in Brazil but was offset by a greater than expected contraction in Venezuela. Although below target, the 0.9 percent growth in 2017 was the first sign of positive economic growth for the region since 2014, according to a World Bank report.

WHERE ARE THE ADVANTAGES?

Jamaica, Dominican Republic and many other Caribbean and Latin American countries are expanding road infrastructure, ports, docks and wharves, while increasing the use of technological hardware and software to improve logistics.

Global geopolitical occurrences and an increase in the pace of the technological absorption rate are forcing governments and businesses in the Caribbean and Latin America to increase the use of technology in their everyday processes. This will enable them to increase efficiency and minimise transaction and other costs. The introduction of blockchain technology is transitioning the world into a new technological era that is minimising the function and cost associated with intermediaries (the middle man).

Caribbean and Latin American countries must make full use of these technologies that will help to solve most of the bureaucratic obstacles to doing business for the multinational and the small and medium-size-enterprises. Caribbean and Latin American countries, although they might view themselves as competitors to some extent for global trade and commerce, have the potential to help to increase intra-regional trade, commerce and possible improve labour market efficiency through advance coordinated processes facilitated by these new technologies.

WHAT ABOUT THE DOING BUSINESS ENVIRONMENT?

The 2018 doing business report highlights that Caribbean and Latin American countries are improving regulations as it relates to trading across borders. El Salvador, Panama and Dominican Republic are leading in this regard, while Venezuela, Bahamas and Uruguay have progressed the least.

Panama and Costa Rica provide access to electricity easier than other countries, while it is most difficult to access electricity in Venezuela. According to the report, Peru ranks the highest in terms of registering property followed by Costa Rica and Colombia, it's most difficult to register property in St Kitts and Nevis and Haiti. Colombia and Mexico provide easy access to credit, while Suriname, Belize and Haiti provide the least access to credit. Colombia, Argentina and Brazil are best at protecting minority investors, while investors receive the least protection in Haiti, Venezuela and Guatemala. Belize Bahamas and Costa Rica make it very easy to pay taxes, while it is most difficult to do so in Venezuela, Bolivia and Brazil.