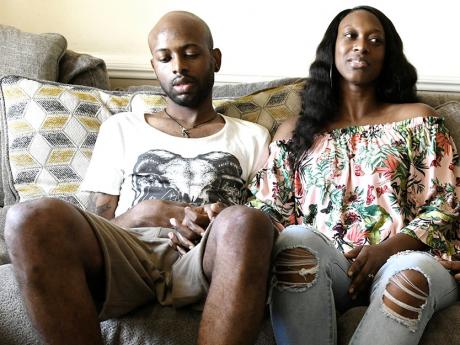 It has been the toughest period yet for celebrated Jamaican forward Luton Shelton and his family.

Shelton, the Reggae Boyz scorer with 35 international goals has been ill since 2016.

The footballer, now 32 years old, has been diagnosed with Amyotrophic Lateral Sclerosis (ALS).

The disease breaks down one’s immune system, attacking the muscles and ultimately the nerve cells and spinal cord.

The Gleaner on Thursday visited Shelton at his upper St Andrew home where he resides with his wife Bobbette and their three young children ages nine, eight and three.

Despite his now slurred speech because of ALS, Shelton tried to express himself.

“Every patient is different,” he muttered.

This deteriorating speech, his father Luton Shelton Sr said, was one of the first signs that the health of the star footballer was in serious decline.

Now, the footballer’s wife and his father interpret for him.

"Basically, our lives revolve around him because he needs everything" said Mrs Shelton.