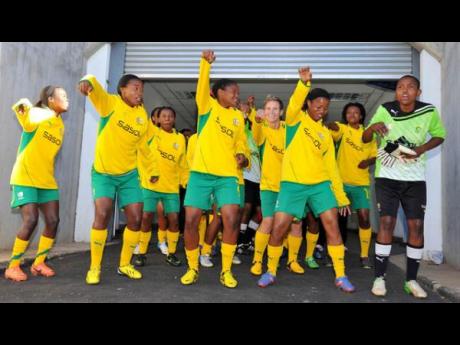 South Africa's national women's football team will, for the first time, earn the same amount of bonuses as their male counterparts when they compete at the FIFA World Cup next month.

The decision, which was announced by the head of the South Africa Football Association Danny Jordan, comes amid growing demands by female football players that they receive equal pay as their male counterparts.

Until now, members of South Africa’s senior men's teams have always earned more in bonuses during qualifiers or at major tournaments while their female counterparts have received considerably less.

“This will go a long way towards closing the pay gap between the men and women footballers in this country and it is a happy day for South African football‚” Jordan was quoted as saying.

Janine van Wyk, captain of the team dubbed “Banyana Banyana”, was happy with the move.

“It is truly amazing as you know that we have been fighting for equality in sport for a long time‚” she said.

According to reports, members of the women’s team will each receive US$22,000 if South Africa progress to the second round of the Women’s World Cup, which is scheduled to kick off on June 7 in France.