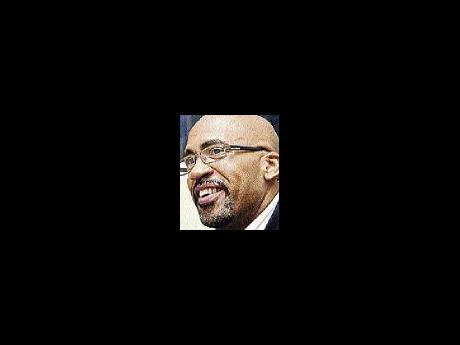 It's not because of their personal hygiene, or bad manners, and they usually aren't nasty - often, they are very nice people.

Instead, they are the 'black holes' of corporate life - anything that is assigned to them disappears forever, and nothing ever comes back out.

After a while, we learn to stay away from them, and not ask them to do anything.

We deliver items to Ocho Rios ourselves, even when black holes travel there twice a week because they are likely to forget the task.

We give work to other people who are less knowledgeable because black holes are likely to fall behind, and miss the deadline.

We follow up email with phone calls, text messages, and face-to-face reminders because that is the only way to get them to deliver.

Flaky, overwhelmed, deadbeats, lazy, 'wutless' - these are just some of the words we use when describing them.

They are hard to manage, and difficult to coach, and black holes that stay around companies for 10, 20, or 30 years are able to do so because they are often charming, sweet, gracious people who appear to be doing their best, even as they deliver little.

Their apparent harmless nature makes it difficult to find fault for very long, and it's hard to stay mad after a heartfelt apology, a thoughtful gift on your birthday, and the fine role they play in keeping the sports club going.

Managers and colleagues are confused, and as a result, nothing happens.

What is the source of this confusion?

We Jamaicans often make a mistake when managing the productivity of those around us. We confuse character with capacity.

It's heard all the time when we ascribe certain characteristics to companies, individuals, and organisations when they don't do what they are supposed to do.

The cavernous pothole at the corner of Tom Redcam Road and Arthur Wint Drive hasn't been fixed in months, and we blame it on Bruce, Desmond, or the NWA.

We make it personal, and some of us can get angry and even hostile at the idea that the pothole has been there for so long.

Our belief is that the character of an individual or group must be at fault, and we think that something must be done about hard-to-change attributes like attitude, motivation, culture, personality, class, and 'brought-upsy'. We might be wrong.

I recently completed the autobiography of André Agassi, the former number 1-ranked tennis player who won eight Grand Slam titles. His father started him training for at least four hours a day, six days a week when he was seven years old, and it paid off in tournament victories, and a reputation as a tennis prodigy.

What's remarkable is Agassi's relationship to the game. He states it flatly: "I hate tennis."

From a young age, up until the end of the book, his feeling has never changed. It's remarkable - someone who hates what he's doing can still follow a formula for success that taps into his talents and allows him to become the best in the world.

While I don't recommend this approach, it is instructive. The right habits, practised often enough, produce results, even when someone's disposition is warring with the activities that make up those habits.

What does this have to do with those shiftless black holes?

Well, it implies that when we think that the primary problem has something to do with their character, we might be wrong.

In Jamaican companies, I suggest that many managers are barking up the wrong tree.

They need to give up trying to change deep personality traits, and instead move their focus to demonstrating, reinforcing, and shaping the right habits.

Black holes are unreliable because the time management and workflow habits they use are unsuitable for the lives they lead.

At some point in their careers, the volume of time demands they face each day escalated beyond their capacity, resulting in emails that are never processed, tasks that are never completed, missed appointments, and bad reputations.

In the United States and other developed countries, I have observed that black holes don't stay around companies for very long.

They get feedback that causes them to change their behaviour, and if nothing changes, they get fired.

Unfortunately, here in Jamaica, and other Caribbean countries, we give them a 'bligh', which leaves them in the dark for years.

We do them, and ourselves, a disservice, and implicitly allow unacceptable performance to become the norm, disheartening those who work hard to raise their own standards.

While productive habits can't be learned by reading a simplistic list of tips, there are some practices that are universally undertaken by the most productive professionals I have met.

1. They say no: Black holes who are nice often stay around for a long time because they learn the bad habit of always saying yes to new tasks without knowing whether they can deliver.

As easy as it might sound, turning down a superior's request without causing offence is a skill that needs to be practised until it becomes a habit.

2. They never ignore email, other than spam: They manage their communication effectively, and have the habit of sending short messages that state a clear no and yes. They don't leave people hanging, but once again, it's not because they are great people. They simply have the right habits in place.

3. Lastly, these effective people have a knack for upgrading their skills continuously, and never become black holes because they never allow their skills to become stale. They benchmark themselves against international standards of individual productivity, and never define themselves by their local colleagues.

Many black holes can become productive by starting with these steps, and expand their productive capacity by looking for the best role models they can find.

Francis Wade is the president of Framework Consulting.