'We should be ashamed' 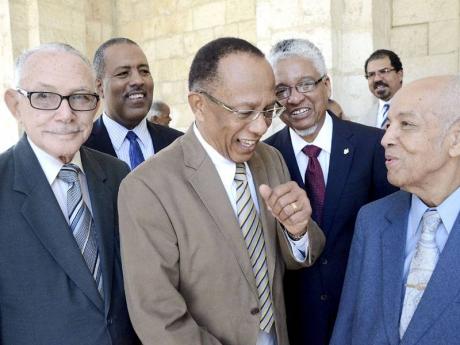 Internationally acclaimed author and educator, Professor Orlando Patterson, has added his voice to those expressing concern about the level of poverty across Jamaica.

Patterson, the honouree at the University of the West Indies' 2012 Commemoration Celebrations, told The Gleaner that poverty had become "a prevalent phenomenon in the country".

According to Patterson - who was honoured by the University of the West Indies for his outstanding scholarship and international contribution to the dialogue on issues of culture, race and society - the country is lacking in several areas of development and has a far way to go to reach a satisfactory level.

"We have been very successful in the cultural aspect - our music, athletics, our food - but on the other hand, we have been lacking in other areas of development, and that leaves a lot to be desired, and in some cases, we should be ashamed," said Patterson.

"The social aspect is lacking, crime and violence is of great concern, and the number of persons who are living in poverty is really appalling.

"I'm thinking that approaching our 50th anniversary, we would have been better off, but we have, in fact, been worse off," added Patterson.

In the meantime, the Reverend Paul Gardener, who spoke on the topic "It is in the Valley that We Must Live", said the Church has to play a more active role in helping to tackle some of the country's challenges.

Campaign against crime and violence

"The Church cannot take cover and escape the responsibilities we have as a country. Instead, we have to campaign against crime and violence that has taken root in our society," said Gardener

"There are persons who are only concerned with the mountain-top experience and not interested in the valley, but a life lived for Jesus is far from the mountain top. Silence and solitude are integral in any Christian's life, and we ought to take advantage of the valley experience.

"In the valley of life, we are constantly being transformed, minds have been opened. Having an encounter with Jesus leaves you dazzled, transformed, and refreshed. It is in the valley that we must live," Gardener declared.