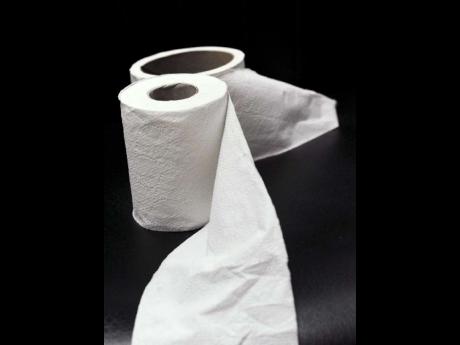 Scores of Jamaicans are purchasing substandard toilet tissues and putting themselves at risk of serious health problems.

Sources in the health and manufacturing sectors last week confirmed that a large quantity of substandard toilet tissues is being imported into the island, mainly from Asia.

The Jamaica Customs Department also confirmed that there are indications that the quality of some of the tissues being imported from China is less than acceptable.

A Sunday Gleaner probe revealed that the three major local manufacturers of toilet tissues have been lobbying the Government for changes to the import regulatory framework.

The manufacturers have also dispatched complaints to the Customs Department about the inequality inherent in the system.

They have claimed that the labels on some of tissues from Asia are not written in English.

In addition, local regulation states that the minimum sheet count allowed in Jamaica is 300, while the sheet count of tissues from Asia is between 200 and 240.

The local manufacturers complained to the Customs Department that Jamaica is not allowed to export its products if it does not meet the labelling standards of the country to which their goods are sent.

Kirk Benjamin, a senior manager at the Jamaica Customs Department, confirmed that the matter is being investigated.

"It's a complaint that we have received and we are actively dealing with the matter. The quality might be below standard," Benjamin told The Sunday Gleaner.

"Overall, Customs has a challenge in dealing with the undervaluation of imports," added Benjamin.

A leading local gynaecologist was the first person to raise concerns about the quality of the tissue being sold to Jamaicans.

The gynaecologist was reportedly alerted by a marked increase in vaginal-related complaints and carried out a research, which unearthed high levels of bacterial content on the tissue that she said should have been sterilised at best.

Benjamin added that there was another of the grouses of local manufacturers - the shoddy toilet tissue attracts lower duties that rob the country of much-needed revenue.

He told The Sunday Gleaner that the department would be working with the Jamaica Bureau of Standards to flush the substandard toilet tissue out of its importation mechanism, once and for all.

"Toilet tissues come in from China, as well as raw materials that come for production locally," said Benjamin.

"I know that toilet tissue is one of the items that Commissioner of Customs Major Richard Reece is looking into, because we believe that is an area in which we are losing revenues.

"I know he is going to be writing to the Bureau of Standards Jamaica very shortly, if the letter has not yet gone off, asking them to do their checks, because we have got the complaints, especially from the local manufacturers of tissue products, that the products coming in from China have been undervalued," said Benjamin.

Late last week, the bureau told The Sunday Gleaner that it has the technical competence to check the quality of toilet tissue coming into Jamaica, and that is an area which it should probably probe.

Local exporters have complained that when they face Customs to export containers of toilet tissue out of Jamaica, the value at which they export is approximately US$20,000 per container, while Customs accepts tissues coming into Jamaica at US$7,000 per container.

This is one of the reasons the Customs Department has decided to look at the possible under-valuing of the imported tissue.