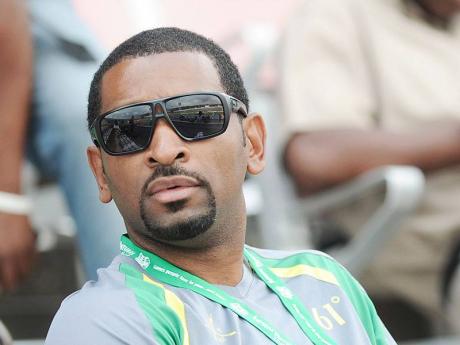 Despite dominating the Carifta Games, it was not that easy for Jamaica's junior athletes, as even though the team arrived at the Games Village last Thursday - a few hours after midday - they were not assigned their room allocations until near midnight.

To make matters worse, about 5:30 a.m. the following day, several of the athletes were awakened to do drug testing.

The drug testing continued throughout the championships, as most of the Jamaicans had to go through this exercise quite frequently.

"The continuous drug testing of our athletes was very unfortunate, as our chef de mission had to take up residence at the entrance of the drug testing room because of the numerous occasions our athletes were called up to do drug testing," said the Jamaica team's head coach, David Riley.

"They are free to choose who they want to select, but the whole thing did not look to be random, because our athletes were targeted.

"But we are not afraid of drug testing because we do drug testing in Jamaica, and the process is to find dishonest individuals, but we should do so randomly and not target a country or certain individuals," said Riley.

Several of the athletes complained of feeling weak after the constant drug testing they had to endure. One female, who was told that she was selected for a drugs test after her victory in the finals of her event, vented in frustration.

"Again! I can't believe this, as I did this earlier yesterday," said the concerned athlete.

Once again, Jamaica's junior athletes proved that they are the best in the Caribbean region by topping the medal table with 69 medals.

Jamaica actually tallied six more medals - three gold and three silver - but these were not added to the official medal tally because of the Carifta Games rules, which state that where fewer than three countries participate and the number of athletes entered was less than five, medals won would not be counted among the official tally.