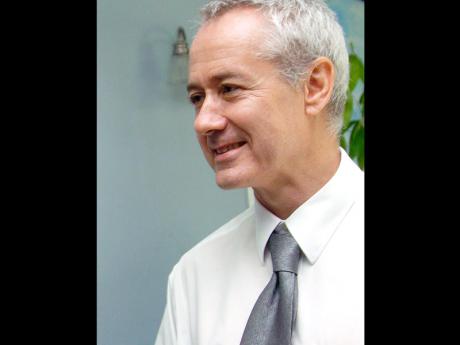 The ability, capacity, and aptitude of criminal investigators - who are already feared and distrusted by a huge chunk of the populace - are under intense scrutiny as the same tragic story is being told again and again and with terrifying frequency: people being murdered and their murderers getting away with their crimes.

Noted University of the West Indies professor, Anthony Clayton, told The Gleaner yesterday that apart from the dismal cleared-up record, fewer than five per cent of persons suspected of committing murders are found guilty when the figures are analysed.

Of the 1,056 murders reported by the Jamaica Constabulary Force Serious Crimes Review as having been committed in Jamaica up to November 16 this year, only 426, or 29 per cent, were reported as being cleared up, leaving the perpetrators of the remaining 630, or 71 per cent, free to perpetrate more atrocities.

Clayton noted that the term 'cleared up' simply means that the killers have been identified.

He said of the cleared-up figures between 2004 and 2010, approximately a third were killed and two-thirds were acquitted.

"Just 12 per cent of the 39 per cent survived long enough to get to court and were duly sentenced," he disclosed.

Clayton noted that of the 39 per cent cleared up between 2004 and 2010, 88 per cent were cleared up when the suspected murderers were themselves killed, either in reprisals, fights with the police, or were acquitted by the courts.

Describing the cleared-up data as "numerical gymnastics", Derrick Smith, the opposition spokesman on national security, has vowed to mount pressure on National Security Minister Peter Bunting to do something about the "frightening figures".

"At this stage, we are 82 more than last year-to-date, and even more troublesome is the fact that six weeks are still left to the end of the year."

Added Smith: "What is happening here is that after three years of decline, we are on our way up, which would suggest that the rewards that we achieved during 2010 under the limited state of emergency are wearing thin."

Deputy Police Commissioner Glenmore Hinds suggested recently that criminals are more likely to get away with their crime because of the length of time crime fighters spend wrestling with would-be witnesses.

But Clayton indicated that while the police force has invested significantly in training, especially over the last two years, this will take time to feed through into improved results.

"It is also important to improve investigative and forensic capabilities and the processes for managing the chain of evidence from the crime scene to the court," added Clayton.

But human-rights activist Yvonne McCalla Sobers told The Gleaner yesterday that investigators must rely on brain rather than bullet and brawn. She argued that the investigative efforts of the police would be improved by talking the language of peace and protection rather than war and retribution.

"Stop disrespecting people in communities by assuming they are enemies rather than recognising that they are potential allies," said McCalla Sobers. "Find ways to do what armies need to do, sooner rather than later, if they do not want to have sustained resistance on their hands."

Within this context, McCalla Sobers said there was need for crime fighters to employ strategies to win hearts and minds rather than try - always unsuccessfully - to intimidate them.

"Be fair and firm to build respect for law and law enforcement," she urged investigators.

McCalla Sobers suggested that the Government should focus more on improving investigative tools rather than enacting additional legislation to do what existing laws can do.

"That is where toughness counts - when those who break the law know with some certainty that they will be caught and punished," she stressed.

But with no obvious deterrent in sight, hoodlums have been wreaking havoc in just about all parishes and division across the island without any obvious fear of being nabbed.

The cleared-up rate in the Kingston Western Division languishes at 25 per cent of the 73 murders committed by mostly gang members.

While the number of persons killed in the eastern end of the capital city almost halved the 73 murdered in west Kingston since the start of the year, investigators appear to be finding it twice as difficult to nab the criminals as the clear-up rate stands at a mere 13 per cent.