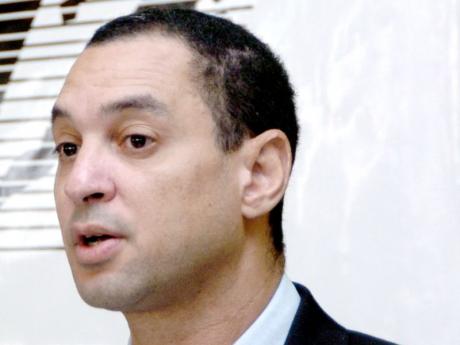 Don Wehby, GraceKennedy's group chief executive officer, has highlighted the urgent need for added impetus and drive to the local export sector that has, for some time, remained stationary in an economy desperately in need of a boost.

Wehby, in an address to the annual Christmas luncheon of the Jamaica Exporters' Association (JEA) last week, stressed the need for the Government to remove roadblocks and hurdles that block the path of the exporters to enable them to carry out their mandate.

The export market, handicapped by obstructive red tape, did not escape Wehby's attention.

EXPORTS THE WAY TO GO

"I am putting it firmly on the table that in a country like Jamaica, where there has been no more than two per cent growth in the last 20 years, if we are to grow, it has to be export-led," he declared.

Wehby referred to unfulfilled objectives of the National Export Strategy (NES) that was completed in 2008, through the efforts of the JEA and other stakeholders in the sector.

He noted that it was intended to craft strategies to harness the goods and services that Jamaica has to offer for wealth creation and economic development, making Jamaica a leading per-capita export country known for its commitment to creativity, innovation and exceptional quality.

Within that context, Wehby took aim at some key objectives. These include:

Increasing export GDP from 19 to 30 per cent;

Increasing the contribution of the export sector to overall employment;

Reducing the ratio of imports to exports;

Building a competitive mindset among producers who have the potential to export.

Wehby was clearly not comfortable with the state of affairs of the NES.

"What is the progress of the NES?" he queried. "How much closer are we to any of those goals since the document was validated in 2009?"

Added Wehby: "If we are to achieve any of the objectives of the NES, the Government needs to create an enabling environment for business to be done, and then move out of the way so that these businesses can operate without [any] type of interference."