The value of Hemp 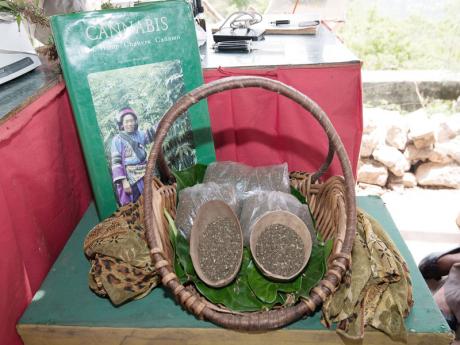 Hemp flour that can be used to make 'hemplings'. 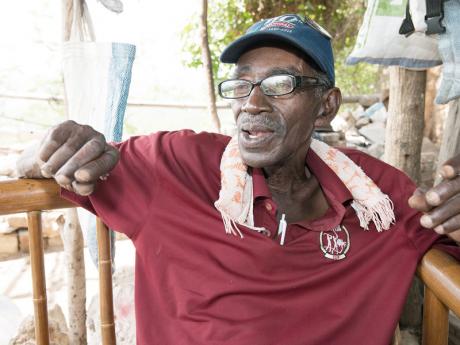 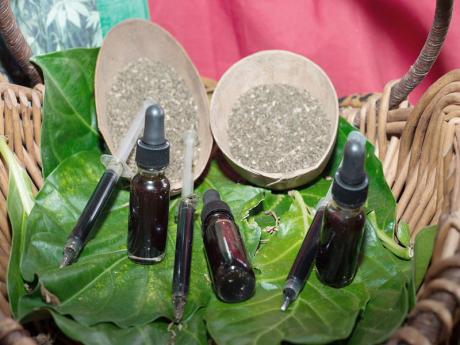 Hemp oil and hemp flour. The hemp flour can be mixed with wheat flour to create 'hemplings' which is considered to be just as tasty as regular dumplings. -Photos by Gladstone Taylor / Photographer 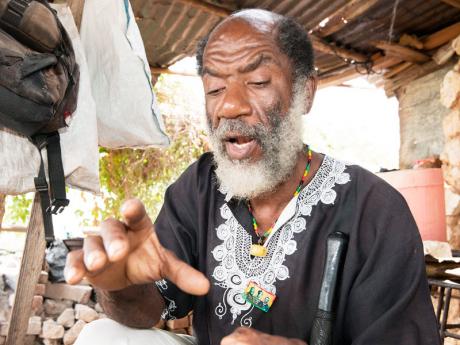 Michael Pottinger in an animated move describing how hemp oil is made and the many uses for the product.
1
2
3
4

Hemp is a commonly used term for high-growing varieties of the cannabis plant and its products, which include fibre, oil, and seed. Hemp and marijuana are both varieties or subspecies of the Cannabis sativa plant. Marijuana is simply considered to have a higher tetrahydrocannabinol or THC and cannibinoid content. Cannabinoids are a class of chemicals that activate cell membrane receptors, that is the psychoactive element present in the cannabis plant. The most known of these cannabinoids is THC.

Hemp seeds produce the best hemp oil, although the whole plant can be pressed for oil. Cold-pressed oil, which has not been refined, has a rich, nutty flavour and a dark green tint. After refining, hemp oil becomes colourless, and the flavour is fairly minimal.

On a recent visit to The Pinnacle, located in Sligoville, St Catherine, Michael Pottinger took us through the stages of making hemp oil and gave us information on the many benefits of the plant. According to Pottinger, true hemp oil is made from the buds of the 'female' marijuana plant and there are a number of uses for it. He began experimenting with the plant while his mother-in-law was ill and admitted to the hospital.

"She was in severe pain and was hospitalised. I went online and began to search for home remedies that I could make that could possibly help her. I happened upon how to make hemp oil and read up on the medicinal properties. After following the instructions, I made the oil, and took it to her in the hospital," Pottinger said.

"Within 24 hours, the excruciating pain had subsided and they did not have to give her anymore morphine. For the rest of the time she was alive, she took the hemp oil daily and had no more pain. When I saw the results, I began to recommend it to other persons that were ill and they began to get better," Pottinger added.

Pottinger is one of those persons advocating for the legalisation of the plant and is encouraging Jamaicans to conduct research on the plant and its uses. Since his own genesis in using the hemp oil, the Rastafarian, who was born in England and migrated to Jamaica in the late 1990s, still makes the oil and uses the plant for medicinal purposes.

Pottinger said it is ideal for the plant buds to be as dry as possible before beginning. He uses a large amount - a pound (454 grams) or more - however, as little as an ounce can also be used. The amount of oil you get will vary from strain to strain. An ounce will usually produce three or four grams of oil.

He uses a solvent to strip the THC from the plant. There are a variety of different solvents but two of the most common are alcohol and naphtha. "All these solvents, including alcohol, are poisonous in nature, so it is imperative that you follow the instructions for making hemp oil very carefully," Pottinger said.

Pottinger then heats the mixture so that the solvent boils away and the oil remains. This process must be done in a well-ventilated area away from cigarettes, flames, or sparks because the fumes are flammable.

"A rice cooker works really well for this step of the process, because it has a built-in heat sensor that prevents rice from burning. In this case, it will prevent the temperature of the solvent-oil mixture from becoming too high. If it does, the cannabinoids will vaporise off of the oil," he said. After this process, when there is a small amount of solvent-oil mix left in the rice cooker, a few drops of water are added to boil off the remaining solvent.

Purchase and dry your plants.

Decide on a solvent. You'll use the solvent to strip the THC off the plant. You'll need two gallons (7.57 litres) of solvent for one pound of dry hemp.

Do your first wash. Put the dry plant buds in a large plastic bucket and add your solvent.

Do a second wash. Again, add solvent to the plant material and work it for another 3 minutes to get whatever beneficial resin remains. When you're done, add this solvent-oil mix to the bucket you used to pour off the first mix and discard the plant material.

Boil off the solvent. You need to heat your mixture so that the solvent boils away and just the oil remains. Fill a rice cooker until it's about three-quarters full and put the heat setting on 'high'. Keep an eye on the mixture as it cooks.

Remove the last of the solvent. When there is about 2" of solvent-oil mix left in the rice cooker, you need to add a few drops of water to boil off the last remaining amount of solvent.

Vaporise the water. Gently pour the oil into a small stainless steel container. Place this container into a dehydrator or put it on a gentle heating device such as a coffee warmer. When the oil stops bubbling, remove the container from the heat and allow it to cool a bit.

Package the oil for use. Immerse the tip of a plastic syringe into the oil and gently pull back on the plunger to draw the warm oil up into the syringe and let it cool. You can simply pour the oil into a clean bottle rather than use syringes, but the syringes do make it easy to dispense the medicine. Store the oil in a cool dark place for maximum shelf life.