Of John Crow, Joan, Jezebel and the rainbow 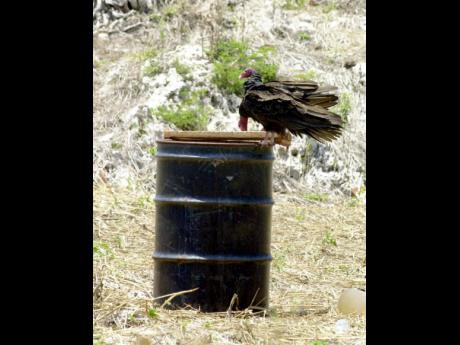 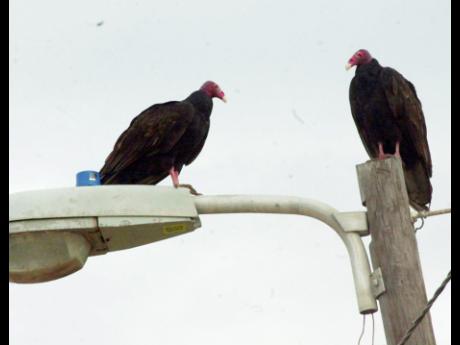 In this land of greed, hatred, and bitterness, the people are forever at war with themselves despite calling upon Eternal Father daily and nightly. Bodies are falling here, there, and everywhere, but the denizens have been told by the top-brass cop - the PhD one - not to count the dead bodies.

It will perhaps bring bad luck and more people will fall. So, just let them die there, and lie there, for the vultures, perhaps, to savour, but please don't count the bodies. And then he gave himself 10 out of 10 for his sterling performance in 10 months, 10 out of 10 months of blood-letting. And the more the land is awash with blood, the more the Green Gang celebrates.

But, top cop's boss was not amused. He who had asked for divine intervention through his tears likened the Green Gang to vultures. In a speech in which he spewed volumes of venom, he said, "Some in the Jamaica Labour Party leadership have been behaving like a set of John Crows, like vultures, gleefully reacting to every loss of life as an opportunity to gain political mileage."

And just as the scorching heat he got from his John Crow utterance was abating, he poured more fuel into the fire by saying crime was not rising, only murder. And we are relieved that murder is no longer a crime, we the bloodthirsty ones. No longer shall we be imprisoned, no longer shall we be hanged. Phew!

And as if it were enough for the Green Party, before that vulture vitriol, one of its former long-standing, firebrands joined the Orange Party, the one led by Mama, whom that same Green Party deserter once likened to Jezebel. But many members of the Orange Party were not amused.

As vultures upon carrion, they descended, telling her she wasn't welcome. She was chastised and chased from Mama's yard. But the fiery one stood her ground, for it shall be orange forever more.

And talking about colours - orange and green - some people are not amused that the happy ones have kidnapped and claimed the rainbow, that elusive band of bright colours. How did they manage to do that? And did they find the pot of gold? Perhaps Obama knows.