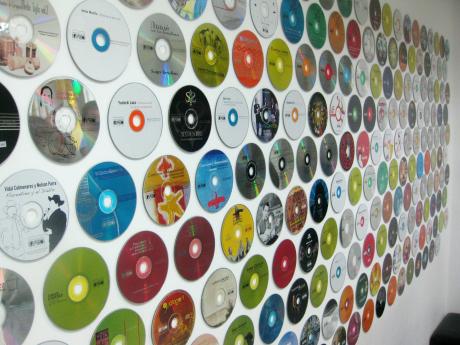 Mel Cooke
Some of the CDs with music produced free under a Venezuelan government programme. 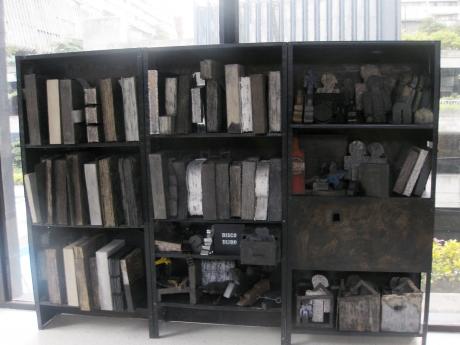 Mel Cooke
An art istallation at a gallery in Caracas, Venezuela. 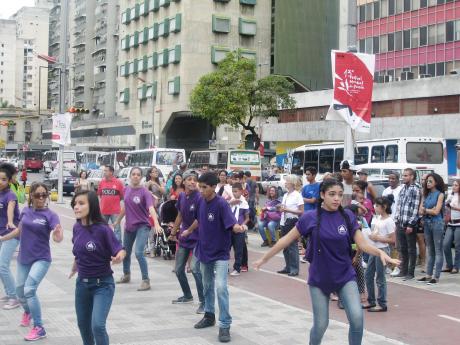 Mel Cooke
An organised group of young people dancing on the streets of Caracas, Venezuela, earlier this month.
1
2
3

Invariably, I get rather maudlin and morose at the end of my final full day in a country I had not been to before. I get the feeling that I am saying goodbye to a place I will not see again or, if I do, not in the same way as the first experience.

To extend that initial impression and also impress on my mind the character of the place I will be leaving the next day, I walk. Not in any structured way or with a particular objective, but just wander as I wonder.

So that is what I did on a Sunday a couple of weeks ago when the 13th World Festival of Poetry was over - walk through a little bit of Caracas, Venezuela. I took the bus and the subway, too, but it was on the walk that I got my lasting impression of the city. A couple of boys were playing football in an extended open space parallel to a main road with smaller streets cutting across it. The ball skidded across the cobblestones towards another group of people walking through the plaza, and one of them, a woman wearing short jeans shorts and a dark blue top stepped out to meet the ball, kicked it and sent it accurately back to the boys. They applauded and I felt like cheering myself.

For me, that moment has come to summarise what I saw in my 10 days in Venezuela - people going about their regular lives, different generations connecting briefly and happily, a regular people in a regular space engaging with life very differently from the general media picture of austerity and political chaos. It was not a case of life as usual, but neither was it unrestrained frenzy and panic.

One of the indelible impressions is the level of commitment to artistic expression. In Barinas, where I travelled by plane (as did all the other poets as performance trips out of Caracas were scheduled for all), I saw an excited group of children entering a hall for a concert, carrying violins, cellos, and other musical instruments. Two streets away from the hotel, a young lady played a violin as a circle of people watched. When a song was over, people stepped forward to put Bolivars (money) into the instrument's open case on the ground. On one subway ride, I saw a woman sing for contributions with an electronic amplification device around her waist.

I saw organised group dancing on the streets (the music systems powered by generators) for various causes, and I saw several smaller groups of young people doing dances on the streets for cash.

At one group theatre reading, a young lady, who is also a poet told me that she had got up at 4:30 a.m. and driven about six hours to get to Caracas on time for the poetry and there were several other tales of going to great lengths - literally - to hear poetry.

I bought two animal-shaped whistles from a lady and she gave me a book of her poetry to go along with them.

There is a strong state infrastructure supporting and nurturing this creativity, including a publishing system that allows persons to have books and possibly resell them at low rates. Even more remarkable, given the Jamaican context, is a system we are told about when we go to a recording studio. Professional music recordings are facilitated for free, from the idea through to the development of ideas, recording, mixing, mastering, and packaging of CDs, which are then given to the performer for them to sell.

However, there are things like the sheer volume of cash required for some transactions to deal with. With prices skyrocketing, it takes a lot of 100-Bolivar notes to make more expensive purchases. Counting the cash takes a lot of time and transaction time must be counted in lost productivity. I go into a store with a knapsack and I am asked if there is money in there - it is understood that you may just have to carry around a knapsack with cash to deal with the number of purchases you intend to make.

The hardship is not everywhere, though. On the one really long morning walk, I turned uphill, looking for decent exercise. I ended up going through a country club, which was a different world. There were golf courses in use, the properties were spaced for privacy and comfort, and there were security signs all over. I saw the Spanish and Netherlands embassies as well as Alliance FranÁais.