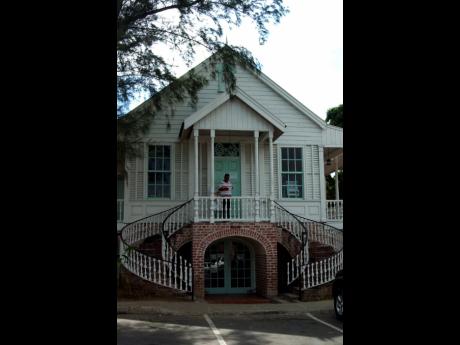 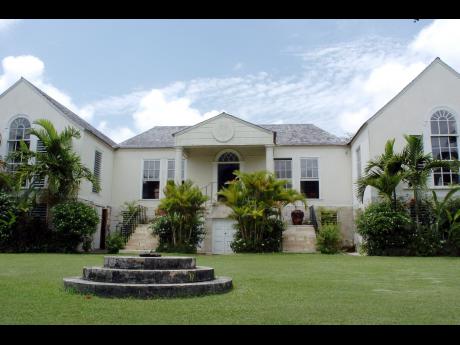 Carlington Wilmot
The Good Hope great house is an excellent example of Georgian architecture. This is the original 1755 building. 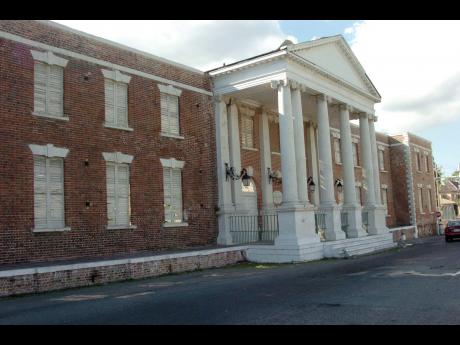 File
The Old King's House is situated in Emancipation Square in Spanish Town. After being burnt out, it was turned into a museum. In the colonial days, this was the governor's residence until Kingston was renamed the capital of Jamaica in 1872.
1
2
3

With several documented Georgian sites and infrastructure nestled in communities and towns across Jamaica, local lovers of history and architecture, as well as visitors are always sure to have a rich experience when touring these locations.

Identified by their unique, but simple form, symmetry and detailing, their varying shapes and structures pay homage to a period when the British ruled, and Jamaica was the "The King of Sugar".

Today, Georgian buildings remain a part of the urban landscape in some Jamaican towns - from Harbour Street, in downtown Kingston and along Duke Street.

There are also the well-preserved Georgian structures of the old capital, Spanish Town, St Catherine, and the port town of Falmouth in Trelawny.

"They are such wonderful symmetrical architectural designs. They are just so beautiful," said Rosie McIver, chairman of the Kingston Chapter of the Georgian Society in Jamaica, as she highlighted the old cast iron bridge in Spanish Town, St Catherine, which, today, is the oldest of its kind in the Western Hemisphere.

"These are historic buildings, and we should care for them as best we can," Joyce Chang, council member of the Georgian Society of Jamaica, added as she reflected on the legacy of the Georgian buildings and their infrastructure. "They have a lot of history in them."

The Society, founded in 1967, celebrated 50 years in 2017 and has been working to educate and preserve several Georgian structures over its half a century, particularly those that have played a role in the country's historical development.

And the Society received a boost from The Jamaica National Group to undertake more projects in 2018.

Among the projects the Society has undertaken over the years has been the preservation of the St Peter's Church in Alley on the Vere Plains of Clarendon.

The present structure, built from brick and mortar, was erected in 1715 on the foundations of the original church founded in 1671, making it among the oldest in the country.

In fact, its elaborate organ, built in 1847, is believed to be the oldest in the Commonwealth Caribbean, and its slate roof, is one of few in Jamaica. However, due to weathering, lack of maintenance and preservation over the centuries, its roof was close to being lost.

The Georgian Society, using funds it raised, and donations, stepped in to ensure the preservation of the roof.

There is much to be gained from the rich history and legacy of Georgian architecture, Chang and McIver believe, and they maintain that one way of preserving the value of the structures is by using the buildings and infrastructure, where possible, for commercial and other activities.

"You see, if you don't use things to make money, you're going to have the same job again, meaning that you're going to have to preserve it," McIver reasoned, bemoaning the state of a Georgian building that forms part of the St Andrew Parish Church. Restored 35 years ago, the building appears to be in need of refurbishing again, she said.

The building is contrast to another Georgian masterpiece, just a few metres away on Hagley Park Road, which once housed a Burger King restaurant and other commercial stores.

"If you can make money out of it (the Georgian building), then the money you get from it, you can use to fix the walls, fix the windows, and things like that," she advised.

Such an approach is being taken in respect of the preservation of the Baptist Manse in Falmouth, where maintenance work was recently accomplished. Consideration is also being given as to how rooms in the building, which was once the home of the slavery abolitionist William Knibb, can be rented to earn income to assist with its maintenance, McIver revealed.

Yet undecided about what project which the Society will take on in New Year, McIver and Chang expressed their gratitude to the Jamaica National Group for their donation.

"This was very generous," Chang stated. "More than we expected."

"We understand the value of preserving these parts of our national history and are pleased that we could assist in achieving that mandate through the Georgian Society, who we applaud for their 50 years of commitment to the preservation of this important aspect of the Jamaican story," said Debbie-Ann Williams, partnership and loyalty manager at the JN Group.