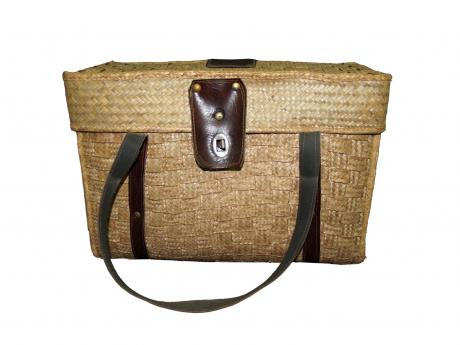 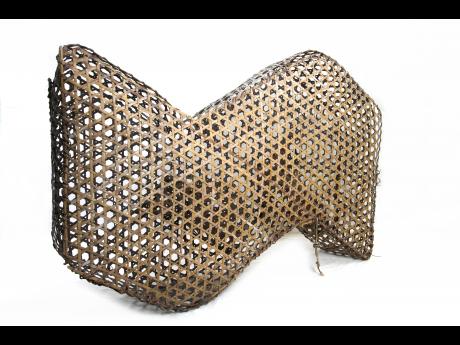 We walk down the memory lane, focusing on the lives of the people of Jamaica things that they used on an everyday basis - today we look into baskets, which are one of the oldest utilitarian tools known to man and have had a long and rich history in Jamaica.

Before the advent of plastic containers and plastic bags, baskets were an important part of daily life and were used for a variety of tasks.

The history of baskets in Jamaica begins with Tainos, according to Olive Senior; Tainos used baskets for both utilitarian and religious purposes. Senior explains that there were baskets called Jabas that were widely used for domestic and other purposes. The basketwork of the Jabas was woven so tightly that they could be used to hold liquids.

Tainos also made another type of basket called Cibucanes, which were used for expressing juice from the bitter Cassava. Offerings of cakes and cassava bread were carried to the zemis in baskets and they also used baskets to hold the skulls and bones of dead ancestors that were sometimes kept in huts. The Tainos used Sisal or Agave, wild banana leaves, and wicker as well as cotton to produce their baskets.

When enslaved Africans were brought to Jamaica, they brought with them important skills such as basketry and straw plaiting. These enslaved persons produced items such as baskets, bed mats, ropes and wicker chairs for their personal use, for the plantation, and for sale in the markets. Before the advent of modern transportation, much of the food consumed in the cities and towns was brought from the countryside in baskets on the heads of market women and men, or in panniers borne by donkeys.

Senior explains that fishermen use shrimp, lobster traps and fish pots made of baskets. Their shapes and names bear a close resemblance to their functions and several reflect their African origin. The styles of baskets used today are as numerous as the names given to them. The material used in making them also varies widely, including bamboo, wis, withe, thatch palm, sial, agave and Jippi Jappa.

The most common baskets are those used by higglers in the markets. One called 'market basket' is round with a concave bottom so it will fit firmly when carried on the head. Another is the 'hamper basket' which like the hamper itself comes divided in two.

The hamper basket has a strong handle across the middle and echoes the shape of the hamper or wicker pannier used in pairs across the back of the donkey or mule. Similar to the market basket is the 'ground basket' that is taken to the fields to bring back produce and is built for carrying on the head. These are all heavy duty baskets and are usually made of strong material such as bamboo or wicker and built with 'bones' or ribs made of supple jack, rose apple or hook wis.

Probably the best known basket is the 'bankra', so much so that the word has become synonymous with basket. The bankra is made of woven thatch palm and is rectangular with square corners, handles, and a cover.

Smaller baskets used for travelling include the hand basket a small, round wicker basket-and the 'heng pon me' or 'cutacoo'. This is a rectangular flat basket of woven thatch, with a close fitting cover and a handle of rope running along the sides and across the bottom of the basket. The 'heng pon me' is usually taken by the farmer or hunter to the fields and is worn slung across the shoulder and hanging down by the side.