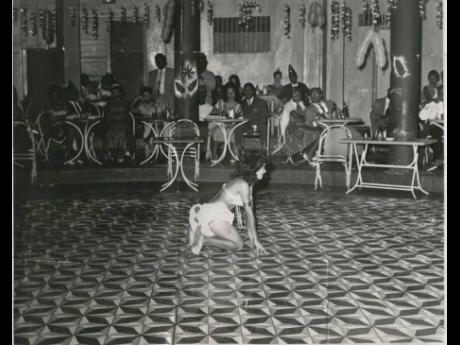 Gleaner Archives
Margarita Mahfood performs at Club Havana, New Year’s Eve night. This was her appearance at Club Havana before she was killed. 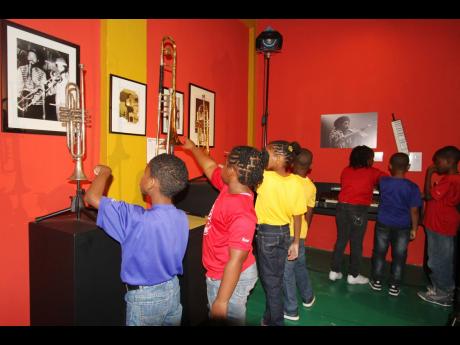 Lebanese-Jamaican damsel Margarita Mahfood was schooled at the prestigious Alpha Academy, during the 1950s an exclusive institution.

By some accounts, while in high school, Margarita snuck out of her parents house to dance. Passionate about her craft, she earned the distinction as Jamaica’s rhumba dancer par excellence. Fans were captivated by Margarita’s mesmerising performances. Yes, they were rumberos, but above all, they convened to savour Margarita’s enviable dancing skills.

She was an acclaimed entertainer, a pioneer, trailblazer, and trendsetter; however, she rebuked socio-cultural norms, biases, privileges, and expectations, embracing and courting rebels, outcasts, and rastas, Afro-Jamaican culture, music, and people, with whom she felt innately at home.

Arguably, without Margarita’s relation to the Rastafarian community, of Wareicka Hill, the public’s introduction to nyabinghi drumming may have been delayed. But how did she achieve such a feat? During the 1950s and 1960s, Rastas were endangered, hunted, and haunted by police and soldiers at the mandate of politicians, including Jamaica’s first serving prime minister Sir Alexander Bustamante, who decreed “Bring in all Rastas, dead or alive,” as stated by Carolyn Cooper, The Gleaner, April 7, 2013.

For these reasons, Rastas sought refuge, herbal and spiritual freedom, peace, love, and I-nity in encampments across Jamaica. Rastas found oneness and strength through Groundation, a Rastafari ceremonial event in which reasoning, verbal exchange, artistic expression - music, chanting - is the core of “overstanding”. Music was everywhere. A vital ingredient in all Rasta customs. The vehicle through which many were transported into the faith. Master nyabinghi drummer Count Ossie established his base at Rennock Lodge, and Margarita took up residence there. So, too, respected instrumentalists, including the Gaynair Brothers Wilton and Bobby, Rico Rodriquez, Don Drummond, Dizzy Moor, and Tommy McCook.

Though attractive to the middle and upper class, rhumba dancers were not the sort of career choice they envisioned for their daughters. Rastas, on the other hand, were despised and disrespected by Jamaican aristocrats. Thus they hurled two formidable strikes against Margarita: one for her career choice and the other for her social relationship with Rastas. Margarita was unbothered.

As suggested by Herbie Miller in his essay Margarita and Malungu, she divorced Rudolph Bent, a welterweight boxing champion who she accused of being abusive. Bent got their offspring, and Margarita ignited the famed but mentally troubled jazz musician Don Drummond with whom she lived at Douglas Mack’s Wareika Hills Rasta base.

Though Margarita shunned the upper class and made her abode with and among the Rastas, she cunningly knew when to invoke the elitist birthright bestowed by virtue of her ethnicity and perceived class to gain what she desired.

In the late 1950’s, Vere John, Jamaica’s top promoter, booked Margarita as a soloist and headliner for major Christmas Day concerts at the Ward and Carib theatres.

MASHED UP THE VENUE

The dancer arrived ready to hit the stage with Count Ossie and his Nyabinghi Drummers. At the Ward Theatre, she let the manager, Vere John Jr, know straight up that there would be no performance without her Rasta bredren. In giving in to her demand, the ensemble mashed up the venue.

Blessed they felt being first gifted this epic and momentous feast - Rastas performing publicly, at a trendy venue, on the big stage, unrestrained, both souls free and unchained -Rasta and the drums-lashing, beating, sweating they and the instrument heating, melting into one element. The sound delicious, reverberating and touching the heart and soul of Margarita, who in a trance and in the spirit of the drums, nyabinghi and rhumba, entwined, delivered an epic display of artistry.

Upon reaching Carib Theatre, Margarita and crew were halted by a defiant Vere John. He detested her company -Rastas. Margarita let him know that she would not perform without them. The shrewd businessman, knowing he would suffer the fierce wrath of an angry mob of concertgoers, all at the venue to feast on Margarita’s dancing, reluctantly eased up, “All right, all right. Come, Maggie. Come and tell them fi come (p Lee 254).” However, Vere John had covertly issued a firm directive that the Rastas -nyabinghi drummers - be positioned at the darkest area on stage, completely out of sight. His lighting crew complied.

When the ensemble hit the stage ... “Explosion!” (quoted in Lee 254). This single word encapsulates the performance. All lights were turned on the nyabinghi drummers, too, because the audience demanded it. “From then on Rastas can go on stage and perform, even wear them beards. Margarita cleared the way ...” Bro Royo reminisced (Lee p 254)

Margarita, though not considered a vocalist, did record a single song, Woman A Come, supported by members of the Skatalites band as Knibbs provided burru rhythms. She chanted her impassioned ballad to her Malungu Man, significant other, famed Skatalites trombonist Don Drummond.

Margarita pours the core of her heart out to Malungu. Her soul mate, and mysterious shaman. Diagnosed with schizophrenia, Drummond would trek solo up the hills, just him and his trombone, to play melodies with the breeze and harmonise them with the trees.

Margarita exposes their compatibility, oneness, spiritual union, by voicing “when I’m in my solitude I can hear, I can hear the breeze singing to me, not imaginary sounds but true melody of my beautiful Ungle Malungu man”.

By her lyrics, Margarita suggests that she and Drummond were created for each other, soul mates destined to be together till death.

Death arrived in the early morning of January 1, 1965. On arriving home from her performances on New Year’s Eve night, and on missing his engagement, in a mad rage, Don Drummond stabbed Margarita thus ending an illustrious career of Margarita the dancer and Don Drummond the musician.

Rosemary Duncan is administrator at the Jamaica Music Museum/Institute of Jamaica.