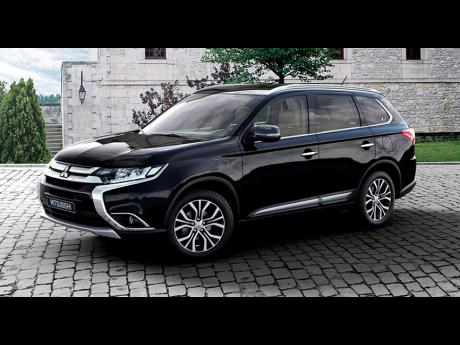 Contributed
The 2016 Mitsubishi Outlander is positioned as a versatile, more affordable SUV. 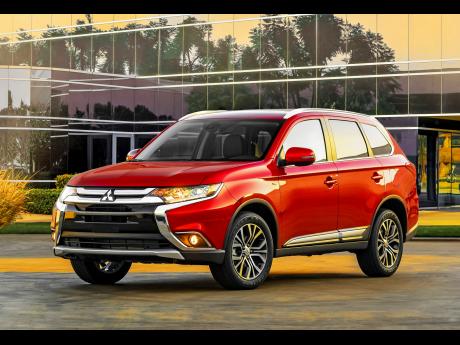 With the first shipment already rolling off the wharf with 'Sold' tags on them, Stewart's Auto Sales is optimistic that the new-look Mitsubishi Outlander will outsell competitors in the mid-size SUV category.

According to Christina Lechler Hudson, Mitsubishi brand manager at Stewart's Auto Sales, "We hope to see the Outlander become a new household name in Jamaica alongside the Grand Vitara, CR-V, and Rav4. Stewart's has already sold out our first shipment, and we see the same trend emerging with our arriving vehicles."

The 2016 seven-seater Outlander, which will be officially launched on Tuesday, boasts more than 100 engineering and design upgrades. It is geared towards anyone looking for a fuel-efficient, four-wheel drive vehicle in which to enjoy the road.

The most noticeable upgrade on the Outlander is the front, which now has a much more sophisticated, modern design. Lechler Hudson said: "Mitsubishi has decided to rebrand themselves with a new look in all of their SUVs going forward so that as soon as you see them, you know it's a Mitsubishi. The 2016 Mitsubishi Outlander is the first new vehicle to be released with the new front design that the company calls its Dynamic Shield."

She continued to speak about the vehicle's versatility. "The Outlander is such a dynamic vehicle. Families can utilise the seven-seater capacity, while younger people may prefer to fold down the third row and use the extra trunk space to carry sports equipment."

However, with the threat of a saturation of crossover vehicles on the Jamaican market and the need for motorists to consume less fuel, Lechler Hudson is confident of the Outlander's competitive positioning in price and design.

"The Outlander is extremely competitive. In terms of size, the third row gives you more space while still being a more compact SUV than the larger vehicles like the (Mitsubishi) Pajero. It's the best value for your money on the market right now. Our pricing is on the lower end of the competition, while still including five free service visits, three-year roadside assistance, free tint, factory-installed alarm system, and more," the brand manger said.

Monthly payments through Simpson Finance is less than $53,000 for concession customers and under $66,000 for full-duty purchasers.

According to Cars.com, the 2016 Mitsubishi Outlander is given a first-place ranking on the list of most affordable three-row crossovers.