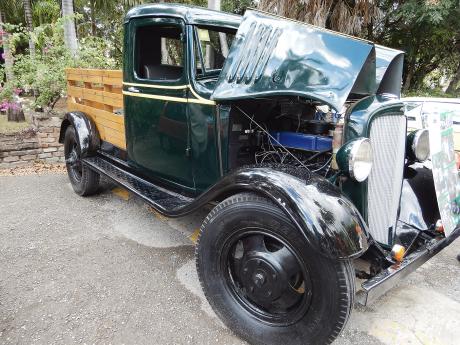 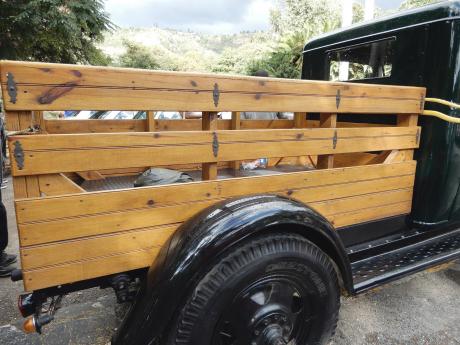 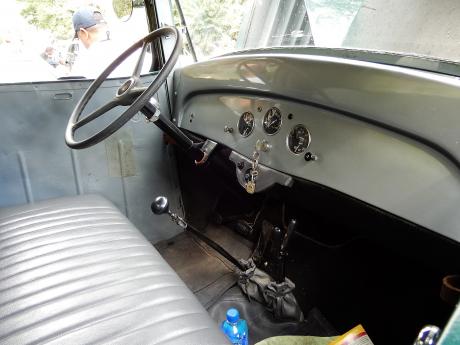 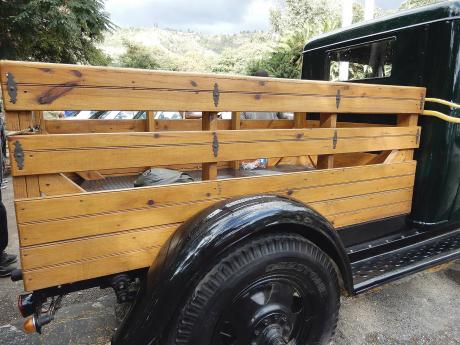 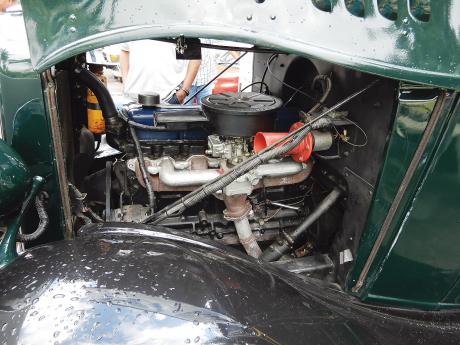 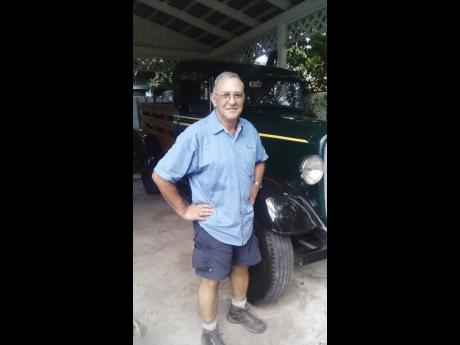 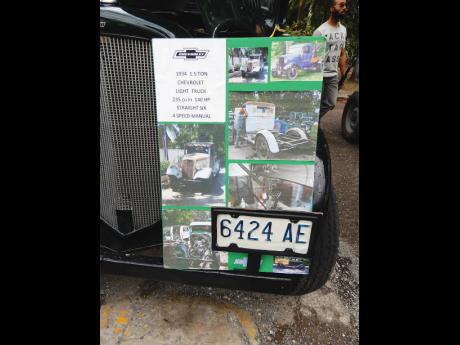 EIGHTEEN YEARS of hard work has yielded satisfactory results for Paul MacKay, the owner of a now-restored 1934 Chevrolet pickup truck. The one and a half ton vehicle, donated to the military museum at Up Park Camp in 1975, was acquired by Mackay, then a member of the Jamaica Defence Force, in an advanced state of deterioration. A lover of antique vehicles, the now reserve officer sat down withAutomotives to share the story behind the vehicle’s road to restoration.

“It could have been done a lot quicker,” admitted MacKay.

“It was a very long and laborious process. It takes time and it takes a lot of patience and sometimes I ran out of both.

There were times when I thought I’d bitten off more than I could chew.” MacKay said that working against him were the ever-present financial responsibilities of everyday life. “Day-to-day living, household expenditure - and mortgage get in the way, so I didn’t have the money to put to the project continuously.

Somebody even asked me for the vehicle to make it into a chicken coop, and I covered it up and said, no, I’ll get back to it when I get the interest again.”

About the mechanical side of things, he explained: “The frame of the cab is a wooden structure with metal nailed on and bolted to it. The hardest part was to get somebody with experience. It took a long time to get each individual piece of wood remade. All the wood had not only rotted, but shrunk. It was a matter of literally making a piece, putting it on, and taking it back off to readjust it so that took a lot of time.”

According to Mackay, what kept him on the pursuit was the appreciation that he has for antique vehicles. “I particularly like older vehicles. I don’t mean anything 21 one years old. I have a particular time span — 30’s and 40’s. They just appeal to me; they have a very nice look and they have character.

You can look at it from those days — how we have progressed in terms of the model vehicles we’re having and why we ended up where we are with certain aspects of safety, engineering, and the mechanical side of it.” He pointed out: “Another reason I did it (the restoration) is to preserve vehicles that are in Jamaica and are a part of our heritage. Jamaica doesn’t just appear until 2000-something.

We came from somewhere. In preserving an older vehicle, people can see what we used to have at a particular time period in Jamaica.”

He said, however, that his interest in these historical treasures wasn’t always shared, especially by mechanics.

“Another (reason for the lengthy process) was finding people who had interest to work on something so old and had the knowledge of a vehicle that age. I’ve been to a number of mechanics who allegedly have worked on vehicles like that and they rip me off. I would leave it at somebody for a while to do it, and eventually, I had to go back and take it because they either did nothing or did the wrong thing altogether.”

When asked about the public’s reaction to the obvious standout vehicle on the road, MacKay said: “It does attract quite a lot of people anywhere it goes. I’ve had people actually follow me home. (They’re) quite surprised it’s still driving.” Chuckling, he added: “If you note the colour of the vehicle, I put it specifically in green, black, and gold to represent the Jamaican flag as a Jamaican vehicle. For some reason, people have assumed it has a political connotation and I have assured them it has nothing to do with politics.”

About how often the vehicle hits the road, he told Auto: “Mainly on a weekend on a Sunday when it’s quiet. I’ve driven it as far as Victoria Pier for a car show (approximately 30 minutes from his home), and it’s been to other shows in Kingston but I try to avoid traffic if possible.” Looking ahead, he said: “There are always things to do with a vehicle that old; I’m trying to preserve it as long as I possibly can."