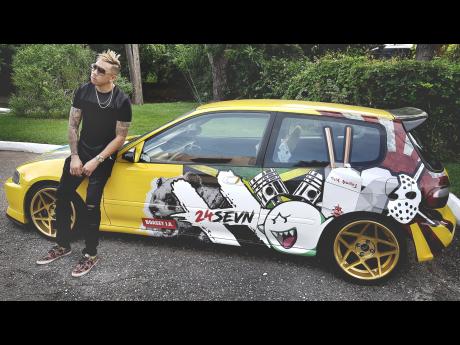 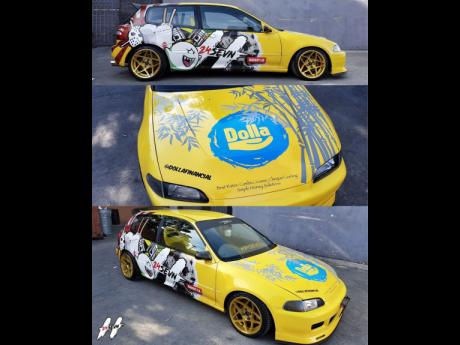 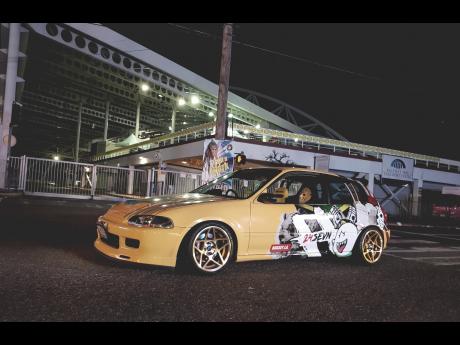 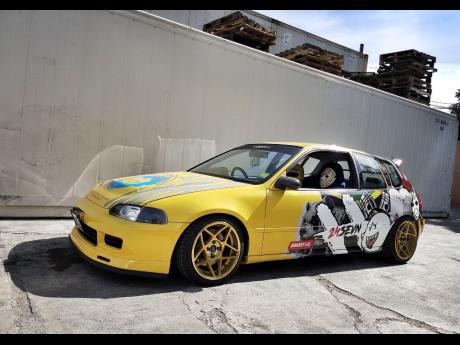 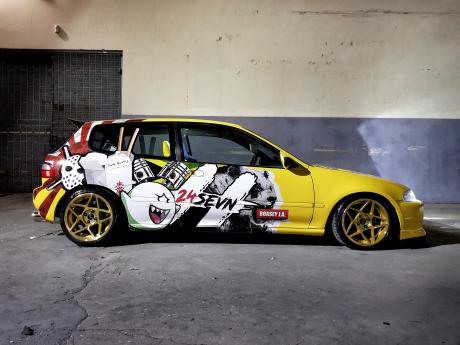 There is a reason that 33-year-old Nick Lue is often chased by onlookers to have his picture taken.

Lue is the driver of a bright yellow 1995 Honda Civic EG that is every bit a standout on the road for obvious reasons - he calls it 'The Pineapple Skunk'.

"The skunk represents a terminology or slang in the local dancehall when someone says the car looks 'stink'," he told Auto. "The car has always been a head-turner. I get branded a lot as the Jamaican Paul Walker, and the car is the most iconic on the show-car scene. People have driven me down to take photographs of it, and I get compliments and well wishes in person and on social media."

Since 2012, Lue's group, Skunk Nation, has been a combination of car enthusiasts namely himself, Eddie Bond, and Stephen Wong, who aim to showcase Jamaica's modified tuner lifestyle.

For Lue, his passion for cars was aroused by "being brought up in an environment set by my brothers Dwight Lue and Craig Lue. They are a part of Skunk Nation, but more in the sense of indirect founders and day one supporters".

He added: "The present design of the Pineapple Skunk came about from me signing off a deal with Dolla Financial. I had an artwork done for Dolla for the bonnet and decided the car would be too bare, so I asked my friends at Boasey Jamaica to design a mural of my tattoos on my arm to be placed on the side to promote another brand of mine called H24SEVN."

H24SEVN translates to Honda 24/7 and captures the essence of that brand which, according to Lue, was created to showcase all types and styles of Honda vehicles. "Because so many people love the brand, I am thinking about converting it to mean Horsepower 24/7, which would include all other brands, but that's a thought," he said.

About his deal with Dolla Financial, Lue said: "I'm sponsored by them just for my tuner/modified lifestyle. I think I might be the first in the island to be branded for just living the modified lifestyle and representing the sponsor through social media and making appearances at various events."

"I personally don't race currently as this car is my show car/promo car," he said. "Skunk Nation represents our hobby and not so much business."