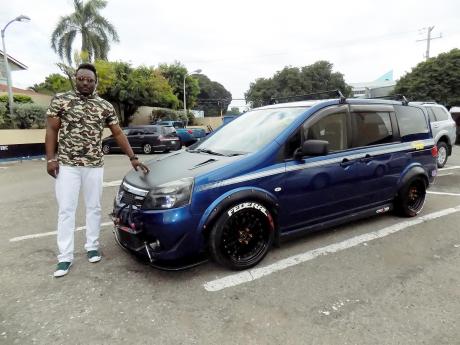 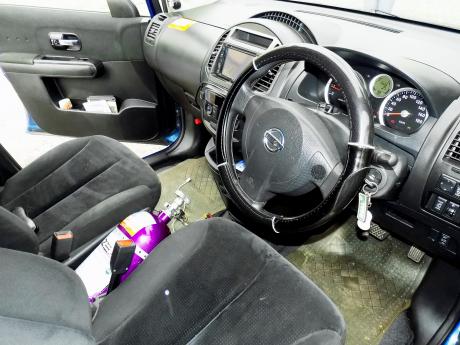 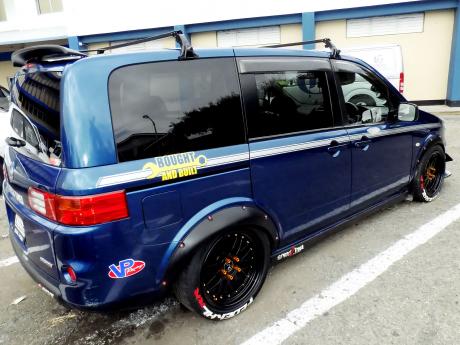 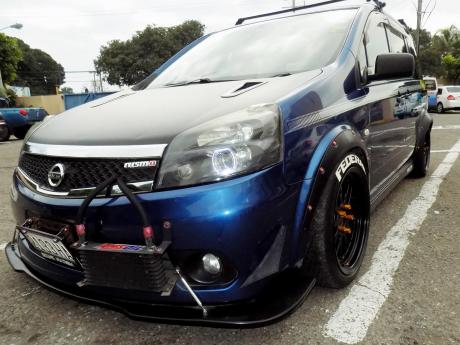 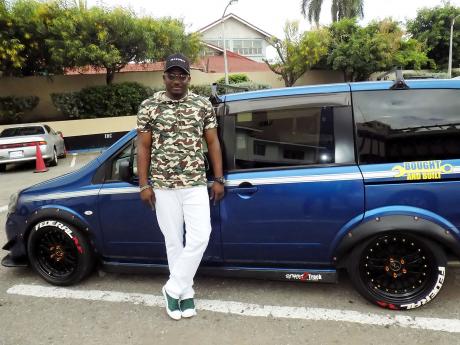 Kirk McGregor knew he needed something more in a car. He couldn't - refused to - settle with 'ordinary' and, so, what he drives today is something he describes as simply a manifestation of his personality.

"The car felt a little unlike my style. It felt really boring (and) I hate boring," he told Automotives.

Before this Nissan Lafesta, McGregor recalls a long history of fascination with cars that was first inspired by popular movies during his childhood.

"My fascination with cars started when I first watched (the television series) Night Rider with Kit (a car that had artificial intelligence). From those times the black car with the pretty light running under the bonnet sparked my interest. That was my favourite show in the 80's growing up. Then there was MacGyver; so I was starting to get into technical things from then," McGregor recounted.

A native of Kingston, the 36-year-old says he 'migrated' to St Mary in 1996 when his family moved closer to his father's new preaching assignment in the parish. Three years later, he moved back to the Corporate Area, where he has resided ever since and is currently living in Stony Hill.

Back then, his father was an owner of cars and that, too, had helped to shape in him a real liking for all things automotives. He related: "My father had a Ford Escort and an Avenger and I started watching him work on the cars. I was really there by his side watching him and working on them, and that sparked my interest. I would try to practice how to drive until I started to do my own thing - stealing out his cars."

Laughing at his 'confession', he mused, "Yeah man, as boys, many of us can relate to that: steal away your parents' car and hit it, then come back home and try beat it out, hoping that they won't see it."

"My first car was a Toyota Camry. After watching Fast and Furious I said 'Jah know mi want that, mi want to try this on my car'. So, I bought the things and put on the car and when it didn't come out how I wanted it, I 'rice it up'," said McGregor.

The term 'ricers', he pointed out, is something that identifies individuals who modify their vehicles to have the racing car look and is a play on the word 'racers'. So, when January 2016 came and he purchased his Nissan Lafesta he also had to 'rice' up the vehicle to meet his needs.

After making the purchase he began the modifications, starting with the transmission, which is CVT and not the best fit for the tropical climate locally. To address this, he attached a cooler to get rid of some of the heat and keep the car going.

"Then I started to work on the engine - 'How can I get this engine to perform better?' he related. "It's not a high-performance engine, because Nissan never made that car for what I am doing with it; they only made it for the purposes of being s taxi and to carry passengers," he disclosed.

Not your average seven seater

Indeed, it would seem the vehicle's seven-seat functionality might blend easily with public passenger vehicles in the Corporate Area. In making this reference McGregor's eyes face lit up in a story.

He recounted: "One day I was driving and somebody put their hand out and tried to stop me saying 'taxi!". It hurt me to my belly bottom! I said, 'I need to change this up'. I hate normal - I have to be outside of the box."

After those changes, his seven-seater now proudly doubles as a race car --the extrovert made his debut at Vernamfield in February of this year and is planning to transform the vehicle into a full race car.

"Right now I don't even like to put ladders in it and sometimes I take out the backseat -causing the kids sit on the ground- to achieve weight reduction," he said in a chuckle.

For him, the love of cars has been an effective bonding tool for him and his two sons, aged 8 and 11.

"They're cool and understanding, man. I take them to race every time," he said. "It's a thing to bridge the generation gap. If more parents could find something to use for communicating with their kids it would be better. I like to be a friend but also a father. I like my kids to be able to come to me and talk to me and this is one thing that we can relate to," he said.