Patrick Patterson takes it to the track 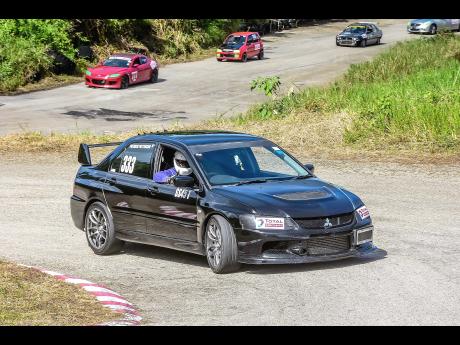 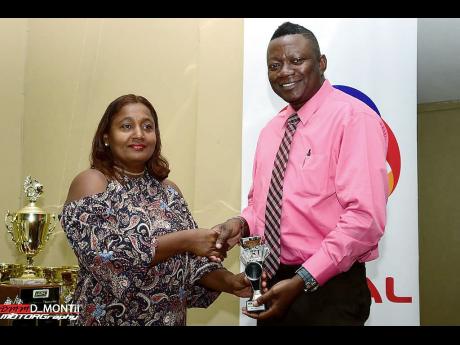 D_MONTii
Receiving the 1st place trophy for the 2016 race season at the Liguanea Club is Patrick Patterson. 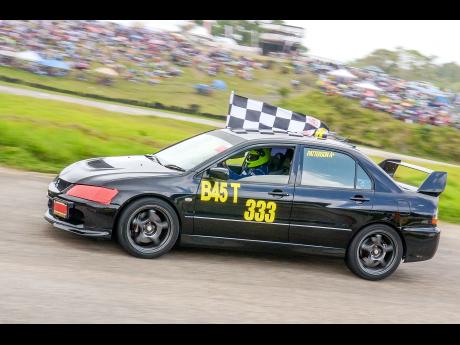 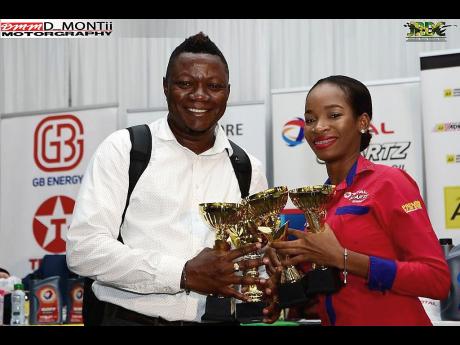 D_MONTii
Patterson is feted at the official prize giving ceremony for the 2017 race season at the Spanish Court Hotel where he receives three first place trophies and one for second place.
1
2
3
4

His 2005 Mitsubishi Evolution IX doubles as a standout competitor on the racing scene and as his everyday vehicle that takes him to and from his nine-to-five, affording him the best of both worlds.

Patrick Patterson told Automotives, "It's the car that I drive on the road every day, [I] drive it to work and drive it home. When it comes to race time, you do some little alterations - cover the headlights and all that - and race the car."

The vehicle has been owned by him for approximately nine years, sporting a two-litre turbocharged engine and about 400 horsepower.

For Patterson, knowing the potential of the car, coupled with an interest in driving faster, pushed him to start racing competitively. He said, "I refused to drive fast or race on the road as we all know that is not safe, and being involved in motorsports administration, I decided [to] try racing at Dover."

He summed up, "I'm able to drive fast. I'm able to do what the car is supposed to do in a controlled environment, so I am not bringing pedestrians or other motorists any risk at all. So, the opportunity came. We had some training sessions for persons who want to race some street cars at Dover, and I went to the session. I enjoyed it and I started racing in 2016 officially at Dover."

"The car has been performing very well," Patterson revealed. "Over the years that I have been racing, I have got a number of first-place wins in races, some second-place races, and the car is always super reliable. Everybody wants to beat the Evolution, everybody wants to drive the Evolution."

He recalls a downtime in his short career. "One race meet in 2017, I was racing at JamWest Raceway, and I ran a little low on oil, and the engine got damaged. But it has been super competitive."

Certainly, he has had to make modifications to the vehicle over its lifetime. He explained, "Some of the modifications included putting in a bigger turbo in the car, meaning bigger than what it comes from the factory with; putting in some bigger injectors so fuel flows easier and you get enough fuel to feed the engine based on the programming that's set on the car; and changing the exhaust system a bit - that helps to boost the performance."

Patterson has been a member of the board of directors of the Jamaica Race Drivers' Club for a number of years, where he also served as treasurer.

But behind all this involvement in motorsports, between Mondays and Fridays, he is a bursar at Campion College in Kingston.

Of the students, he said, "You'll find that the guys, when they get to about fifth or sixth form, they start getting interested in cars. Some of them even start before."

He recalled, "There's one guy in particular, he is always at the race meets, and he's just in about third or fourth form now, so he knows the car very well and knows of its capabilities. The other guys in sixth form, they will ask questions. They want to get involved in motor racing. They think it's cool, and they are like, 'Wow this bursar is way cool, he races his car at Dover.' Any day that the car doesn't turn up in the parking lot, they'll come and say, 'Sir, where's the car?'"

For youngsters like these and other car lovers who might find the need for speed consuming their driving, Patterson believes in one thing - taking it to the track.

"They (race tracks) allow you to drive your car fast to its extreme in a safe and controlled environment. You won't have to worry about a car coming in the opposite direction around that corner that is blind," he said. "All vehicles are going in the same direction. There are safety measures that are put in place, there are warning signs for you if something has happened. And so, it is very controlled, and this is where you are allowed to drive your car as fast as you can. Stay safe, stay on the track."

Patterson races in the category of Super Street 45 but announced some changes to be made soon.

"For this year, 2018, I am actually racing a different Evolution. Not the street car, but I'm racing an older Evolution - an Evolution IV," he pointed out. "This is a purpose-built car built specifically for racing with all the safety features, a bigger engine and all that, so I am doing what is called a step-up in class this year."