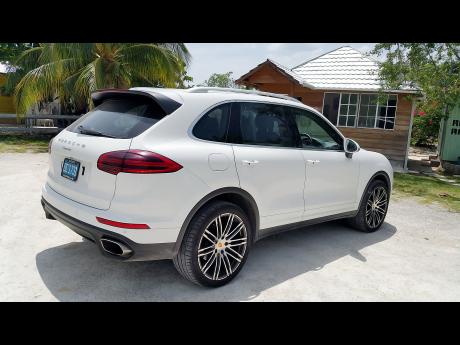 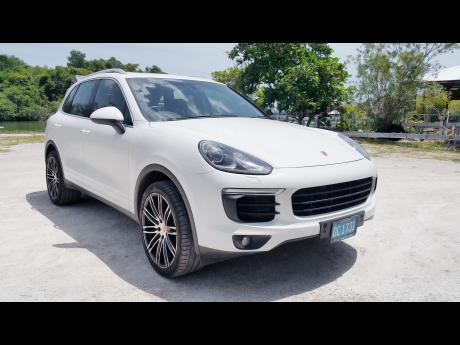 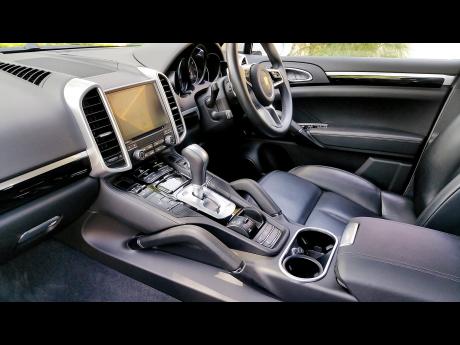 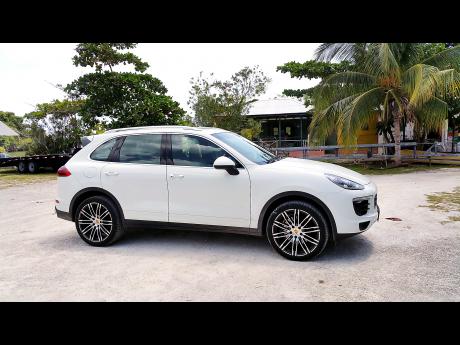 Porsche Cayenne, the bigger brother to the Macan, is a mid-size luxury SUV that has been on the market since 2002. From the moment Porsche stepped into this category of vehicles, the company has been constantly tweaking the mechanics to create the perfect ride. Along the way, there have been varying engines, such as S, GTS, turbo, and diesel, and now, there is a hybrid version.

Now in its third generation, Porsche has kept the overall silhouette the same, with a few refinements that give it a look of elegance and power. The customary performance vents in the bumper give it a very intimidating look, while the HID/Xenon headlights give the vehicle a sophisticated look, like it was built for the future.

However, don't be fooled by the fandangles, everything on this vehicle was built for the sake of performance, including the Porsche Dynamic Light System Plus, which functions in a manner to give greater visibility to the driver. This includes the vehicle deactivating some of the 84 individually controlled LED lights to provide the best visibility for the driver.

For example, when the driver is using its high beam in a low-lit area, the LED lights that are directly affecting the oncoming driver will dim, while the other areas of the road receive full illumination.

With advanced technology like this, there are no two ways about it: For a driver to enjoy this vehicle to its fullest, there is a learning curve that must be tackled.

It's only befitting to call the interior of this vehicle a cockpit, given the sheer number of buttons, especially for the driver. Everything can be tweaked to the driver's preference; even the multi-directional seats have added features that are uncommon to some of the most premium SUVs. Along with the customary controls, the side bolsters can also be adjusted to fit the drivers' body type. In addition, the base of the seat can be extended or retracted depending on the height of the driver.

Admittedly, it will take some time to find the right seating position, but once this is done, it can be programmed into one of the two seat-memory options.

The overall design of the interior is epic, with chrome accents placed in strategic areas on the black-on-black finish. Topping it off are some standard design cues that are present across many Porsche models, like the analogue clock in the dashboard and the bold rev counter in the centre of the dial cluster.

Porsche also puts a lot of work into its 7.5-inch infotainment system, which is layered with multiple functions and is paired with a Bose 20-speaker set.

First, this vehicle grabs attention wherever it goes; there is no denying the pristine stigma of a Porsche. Now, where the speed is concerned, the six-cylinder engine more than delivers on the listed 295hp. It handles like a tiger - powerful, fast and agile - as it effortlessly overtakes vehicles with a loud roar from the twin exhaust around back, letting everyone know they should move out the way. The naturally aspirated engine performs with power and confidence that is customary of a Porsche vehicle.

Along both sides of the gear lever are a litany of buttons that resemble the layout of a vehicle from a spy movie. Porsche gives drivers the opportunity to adjust multiple aspects of the performance of the vehicle for personalised experience. In the higher-trim level, the intensity of the air suspension can be changed, along with the ride height of the vehicle, based on the terrain you are going over. Additionally, there are the traction control management systems, which help the vehicle to adapt to the surface it is on.

Perhaps the most impressive feat of the V6 engine is how fuel-efficient it is once it is not in sport mode. On a regular basis, I was getting 11km/litre, which is a figure that is comparable to much smaller SUVs.

Ultimately, it gives a resounding ride experience and is recognised as a prestigious machine wherever it is driven.