Why cars are illegally leaving California 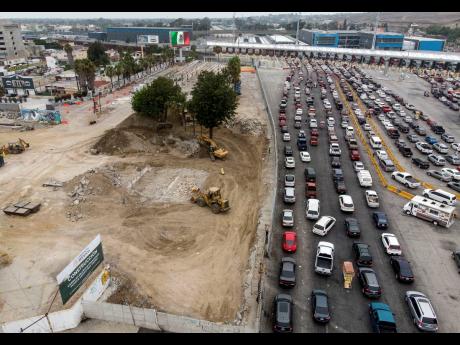 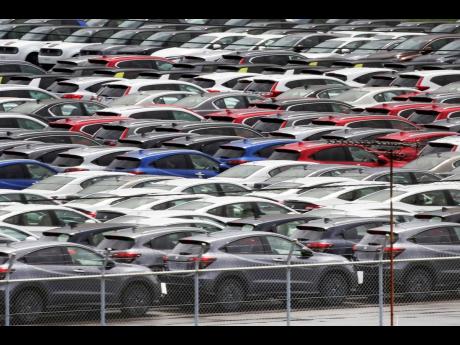 Every year, thousands of cars without legal California licence plates pour across the border into Mexico.

The vehicles, often older models, are popular with lower-income workers who can’t afford to pay federal import fees or to buy new vehicles.

But Baja California officials say that they are popular for another reason: because no one can identify them, the cars are often used in crimes. State officials claim that more than 80 per cent of crimes in Baja are committed in unregistered vehicles.

“That, of course, does not mean that all the drivers of all cars that are illegal are driving around committing crimes,” said Mario Escobedo Carignan, Baja California’s secretary of sustainable economy and tourism. “But certainly, the vast majority of cars involved in crime are these illegal cars.”

That is why state authorities have proposed registering more than half a million vehicles illegally imported into Baja, California, from the United States.

Critics of the plan, including Mexico’s federal government, say that registering the illegal vehicles will deliver a blow to Mexico’s automotive industry, causing new-car sales to decline.

Government officials, Mexican newspapers, and residents call unregistered cars “auto-chocolates”. The term comes from a childhood game in Mexico that allows a player (usually someone’s younger brother) to participate in a game but not count as a “real player”. That player is known as a player de chocolate. He gets to play the game, but none of his actions count for or against his team, so he is a “fake” player.

The vehicles in question are typically older-model US cars, or salvage-title cars – that is, ones considered a total loss by insurance companies – that have changed ownership several times and then made their way south of the border.

The cars are usually sold informally on the street between a buyer and seller, circumventing import fees. Used cars sell anywhere from $800 to $8,000, with the typical cost of a used car in Mexico being about $3,500. By comparison, the average cost of a used car in the US in 2020 was $20,000, according to Statisa.

Once the cars are in Mexico, there is no way to legalise or register them because they re considered federal contraband. Local and state police don’t have the authority to cite the owners for not paying the federal fees.

“The only way to legalise them would be to send them back to the US and import them properly, legally,” explained Ernesto Elorduy, a car dealer who is also the president of Coparmex Mexicali, an organisation for business owners.

Baja California Gov. Jaime Bonilla and Escobedo have proposed allowing illegally imported vehicles to be registered with the state for about 3,600 pesos, or $163.

Escobedo estimates that there are currently between 500,000 and 700,000 of the illegal vehicles just in Baja, California. “But your guess is as good as mine,” he said.

He said that Mexican Customs agents are not supposed to allow unregistered California vehicles to enter the country, but “Mexico has a very porous border and corrupt Customs system, and it’s been corrupt for generations”.

They are also often permitted by US Customs agents to cross back northbound into the United States on a daily basis when the owners of the cars work north of the border even though it is technically illegal.