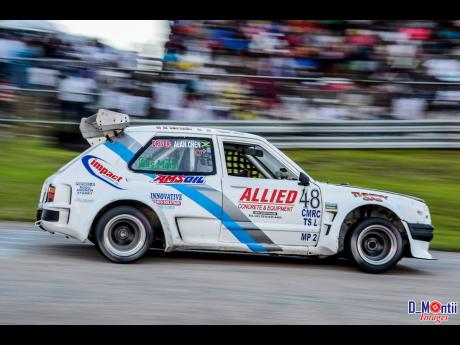 Photo by Donovan Montague
Chen racing for the finish line. 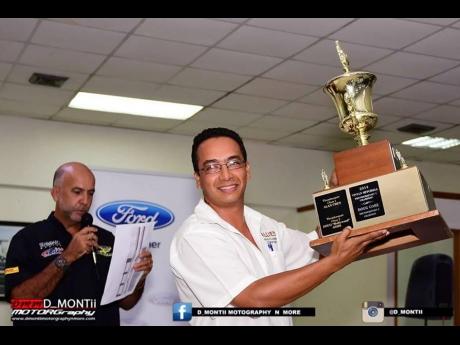 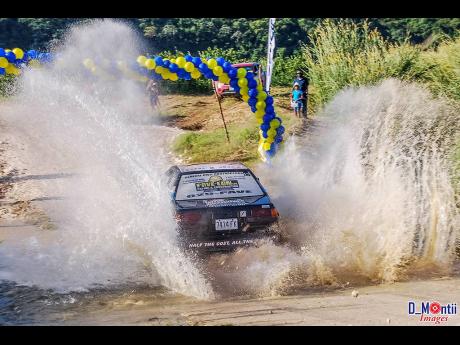 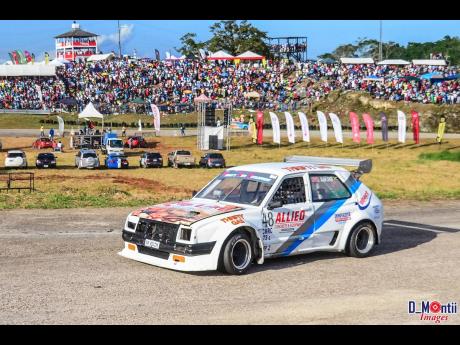 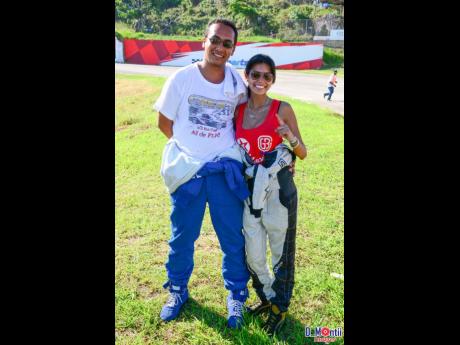 Photo by Donovan Montague
Chen taking a moment for the camera. 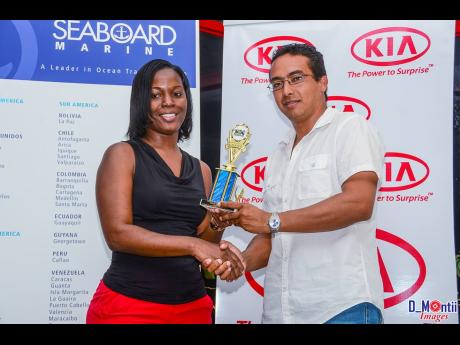 Photo by Donovan Montague
Chen receiving a trophy for his driving success.
1
2
3
4
5
6

Alan Chen, the owner of Fuel City Limited and Allied Concrete and Equipment, is an accomplished racer and successful entrepreneur.

Chen stated that he started racing in 2001, after receiving his Jamaica Millennium Motoring Club licence. However, he didn’t race consistently, because of work. “I started my first business in 2004, after which I stopped racing for three years. Then, shortly after returning to the track, I began operating another business in 2016.”

“The only time I raced consistently was when Kyle Gregg and I were heavily competing and I won the championship during that period,” he added.

Though he wasn’t consistent, his experiences taking part in these motorsport events became a personal habit. “I’ve won over a hundred and twenty trophies in that inconsistent period. It has been great and very satisfying and it’s a pleasure to please the fans while pleasing yourself.”

CHALLENGES OF THE TRACK

During his tenure in racing, Chen highlighted that he dealt with elevation changes and other hiccups on the track. “I had to trust my vehicle as well as do some of the work myself to make sure that nuts and bolts were properly tightened and didn’t become loose, while I’m putting the vehicle under pressure. So I was a driver and a mechanic until I stopped racing.”

However, he mentioned that, while it was challenging, he enjoyed the experience. “I approached each race with an open mind to ensure that I was successful. Also, I got sponsorship a few times but most of the funds came from my business and my personal earnings. I did what I could with the budget and made sure I had reliable parts, whether competitive or stock parts.”

While racing can be quite tedious because just about anything can happen on the track, Chen revealed that he remained confident during the process. “I have been in accidents over the years, which was frustrating, and there are competitors who take the sport a little too seriously and would cost you damages on your car.”

“Or if you simply got a puncture and didn’t get to finish the race, it’s frustrating as well but it is just a part of the game. So I wasn’t a spoilt sport about it. I just came in to have a drink and cheer on the others until I could go back out,” he shared.

Chen also mentioned to Automotives that he had to remain fit while racing because of the vehicle he drives. “My car didn’t have power steering, so it was a challenge and I had to do about eight to twelve laps. The tyres were also sticky, which made the steering heavier.”

When asked what needs to be done for the motorsport industry to thrive, he stated that more acknowledgement needs to be given to the sport. “I would like to see more support and recognition from the Government like other countries, namely Trinidad and Barbados. The government in Barbados invests heavily in motorsport and it has been reaping brilliant success. And if we were to do the same here, I’m sure it would be no different, especially with young talents like Fraser Mcconnell who went to Sweden and performed exceptionally.”

“I’m sure that every Jamaican that saw his [Fraser McConnell] race has seen the car in the flag colours and has felt a phenomenal feeling because it made us very proud. If the Government was to give more attention to the sport, it would boom more. Motorsports is a monumental event all over the world and it would help the country the same way as cricket and Champs,” he said.

Chen also highlighted that he could balance two businesses while racing because he stayed focus. “In business, it takes discipline, especially when you have a hobby like racing. Racing can encourage you to overspend and it takes a lot of control and discipline and, especially during the pandemic, I had to implement new business strategies to remain operational.”